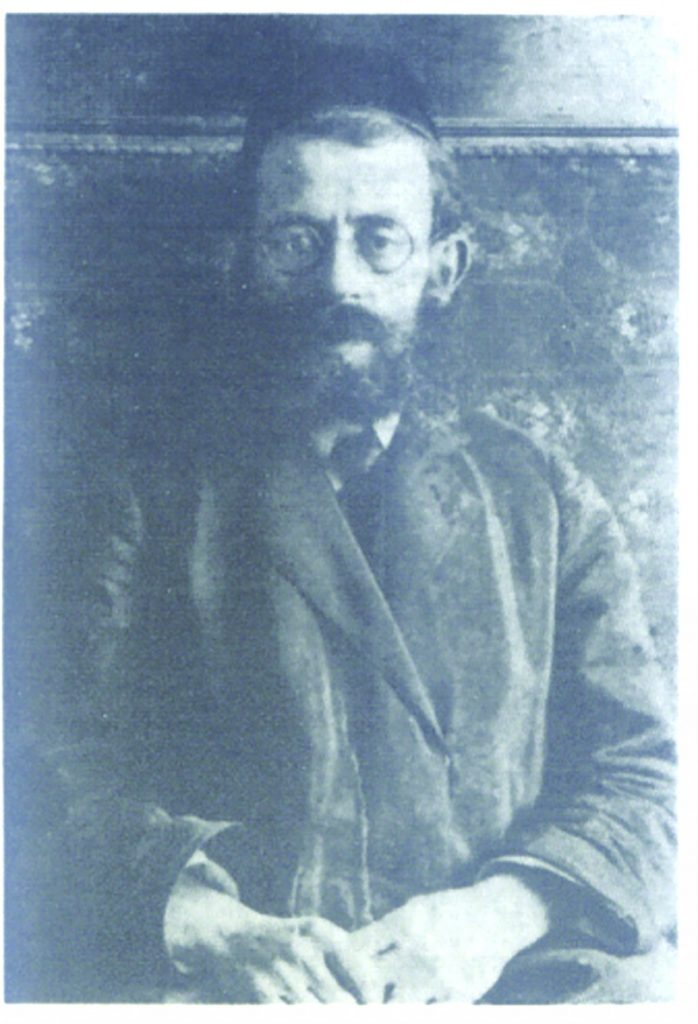 In 5109/1348, Rudolph of Oron claimed Jews had confessed to poisoning wells (he was later proven to have lied), prompting the Black Death riots against the Jews of Europe which cost tens of thousands of lives over the next years, Hy”d.

Harav Dovid Twersky was the son of Harav Mordechai Zusya of Trisk-Hotzalas, zy”a, a descendant of the Tchernobyl dynasty.

Reb Dovid married the daughter of his uncle Harav Yisrael Shalom Yosef Friedman of Bohush (Reb Mordechai Zusya was a son-in-law of Harav Yitzchak of Bohush, zy”a). After his marriage, Reb Dovid settled in Bohush near his father-in-law.

There he founded a yeshivah in 5668/1908, appointing as Roshei Yeshivah Harav Shimshon Aharon Derbarmdiger and Harav Yoel Zimmerman, zecher tzaddikim livrachah. He appointed his sons-in-law, Harav Menachem Mendel Friedman, son of Harav Dovid of Bohush, zt”l, and Reb Dovid, zt”l, as the hanhalah of the yeshivah. This was the only functioning yeshivah in Romania.

Following the petirah of his father-in-law, on 23 Nisan 5683/1923, his two sons-in-law were appointed Rebbes in his place.

He was revered for his exemplary middos, and his home was open to all at all times of day and night.

In 1917, British Gen. Edmund Allenby entered Yerushalayim two days after his forces expelled the Ottoman Turks; in a show of respect, Allenby and his officers made their way into the Holy City on foot.

In 1997, more than 150 countries agreed at a global warming conference in Kyoto, Japan, to control the Earth’s greenhouse gases.