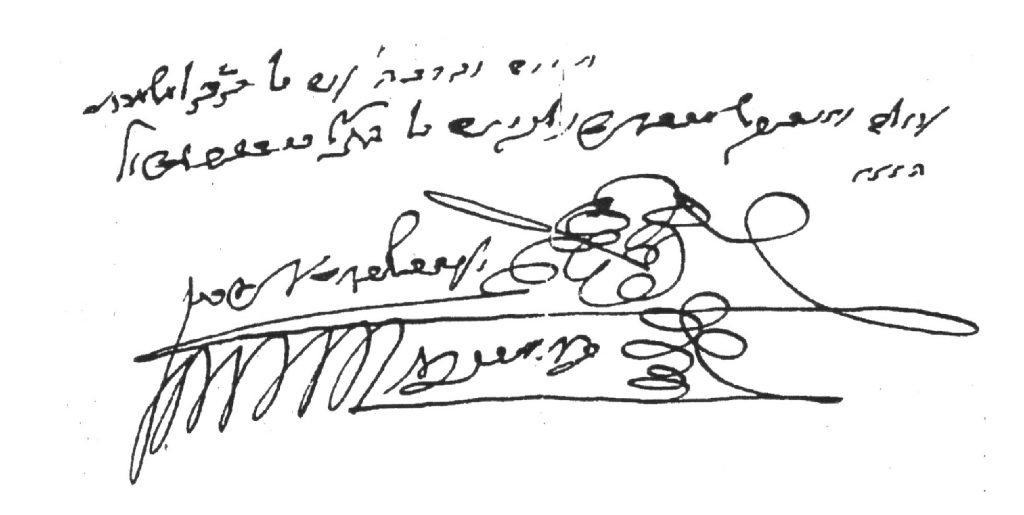 In 2450, the Jews arrived in Refidim. Moshe Rabbeinu struck the rock to provide water for the people.

In 4856/1096, on this day the Crusaders attacked the Jewish community of Vermeize (Worms). Almost the entire Jewish community hid in the home of a nobleman, but since they perished al kiddush Hashem, even though their actual demise took place on Rosh Chodesh Sivan, today is considered the beginning of their slaughter.

The community observed a taanis in memory of the victims, Hy”d, and the Shabbos between the two dates was called Shvartze Shabbos — black Shabbos. During that Shabbos, the minhagim of Shabbos Chazon were adopted.

A special kinah that begins Mi Yiten Roshi Mayim, is recited on Tishah B’av commemorating the victims of the Vermeize community.

Rav Eliezer Tzvi succeeded his father as Rebbe in Komarna, where he remained until his petirah. He was famous for his genius in nigleh and nistar and for his exalted virtues, particularly his humility.

Rav Eliezer Tzvi did not immediately assume his father’s position as Rebbe in Komarna. When Rosh Hashanah arrived, a large following of his father’s Chassidim came to Komarna expecting him to lead them, and so he acquiesced. Nevertheless, he first wanted a sign of approval from Heaven. It came in the form of his first kvittel, which carried the name Rivka bas Yehudis, the initial letters of which spell “Rebbe.”

About five weeks later, Rav Eliezer Tzvi decided to travel to his father-in-law, the Divrei Chaim, to receive a brachah for his new leadership role. He arrived wearing his customary white Shabbos attire, followed by a group of Chassidim, and was received very warmly by the Sanzer Rav. The Divrei Chaim asked him to lead Kabbalas Shabbos, which was a great honor in Sanz, and proposed that the new Komarna Rebbe hold a tisch of his own at his lodgings, after which he should join the Divrei Chaim’s tisch in the beis medrash.

Rav Eliezer Tzvi did as he was advised, to the dissatisfaction of some Sanz townspeople who disapproved of any tisch taking place in town other than their Rebbe’s. But the Sanzer Rav made his opinion clear later that evening when he seated the Komarna Rebbe beside him at his own tisch and treated him with great respect.

Rav Eliezer Tzvi wrote a number of sefarim, including Ben Beisi on Chumash, the five Megillos and Tehillim; Zaken Beisi on Pirkei Avos; Rosh Beisi on Tikkunei HaZohar; Avi Ezri and Damesek Eliezer on the Zohar; and Or Einayim on Kabbalah. Not all of his works were published, while some were only partially published.

In 1863, the 54th Massachusetts Volunteer Infantry Regiment, made up of freed blacks, left Boston to fight for the Union in the Civil War.

In 1912, the Senate Commerce Committee issued its report on the Titanic disaster that cited a “state of absolute unpreparedness,” improperly tested safety equipment and an “indifference to danger” as some of the causes of an “unnecessary tragedy.”

In 1918, American troops fought their first major battle during World War I as they launched an offensive against the German-held French village of Cantigny (kahn-tee-NYEE’); the Americans succeeded in capturing the village.

In 1987, to the embarrassment of Soviet officials, Mathias Rust (mah-TEE’-uhs rust), a young West German pilot, landed a private plane in Moscow’s Red Square without authorization. (Rust was freed by the Soviets the following year.)