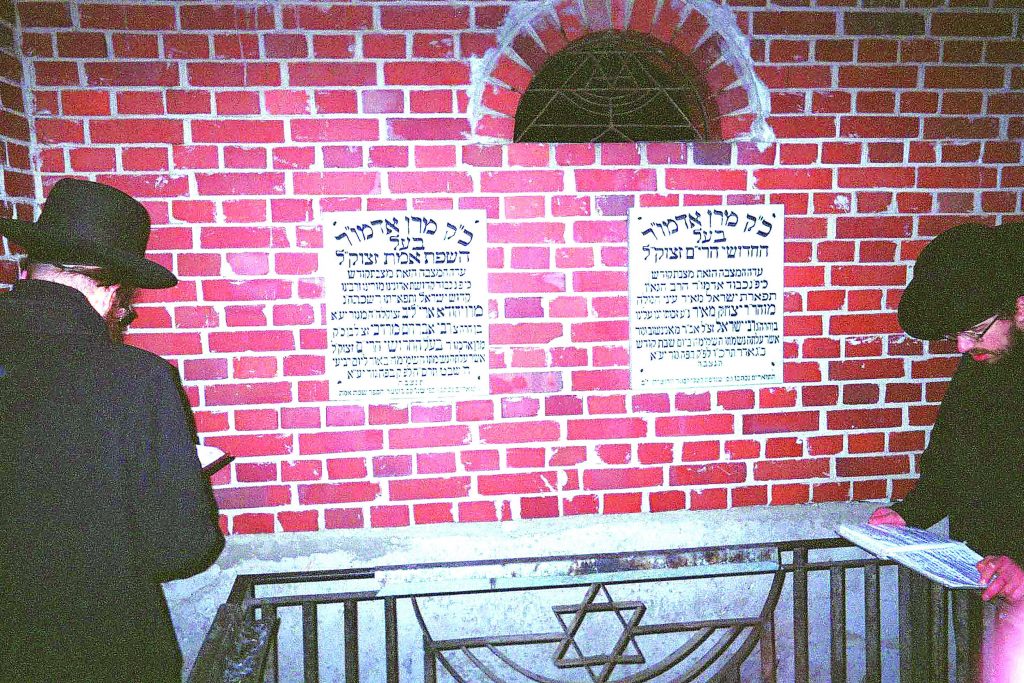 In 2449/1312 B.C.E., Bnei Yisrael began building the Mishkan. Construction was completed on 25 Kislev, but Hashem’s command to erect the edifice came only three months later, on 23 Adar, when Moshe was instructed to begin a seven-day training period.

The Chiddushei Harim was born in 5559/1799. His father was Harav Yisrael Rottenberg, Rav of the small Polish town of Gora Kalwaria (Ger). His mother was Rebbetzin Chayah Sarah, who was orphaned in childhood and raised by her relative, the Maggid of Kozhnitz. When the time came for her to marry, the Maggid chose Reb Yisrael because of his greatness, even though he was a widower and she was a young girl. To persuade her, the Maggid promised that she would have a son who would enlighten all Jewry with his Torah. The couple was blessed with a son whom they named Yitzchak Meir.

While yet a child, the Chiddushei Harim gained renown as an iluy. He studied under Harav Leibush Charif in Warsaw, where Reb Yitzchak Meir befriended Reb Shraga Feivel of Gritza and Reb Alexander Zusha Hakohen of Shedlitz, disciples of the Chavas Daas who were Chassidim of the Chozeh of Lublin.

They persuaded Reb Yitzchak Meir to send a kvittel to the Chozeh, who, upon reading it, said, “His name is Meir, and it befits him, for he emanates light wherever he goes.” The Chiddushei Harim considered himself an ardent Chassid and talmid of the Chozeh, although he continued to spend most of his time learning under the Maggid of Kozhnitz.

After the Maggid’s petirah, the Chiddushei Harim accepted his son, Reb Moshe, as his Rebbe for three years. Then, following a number of events, he was drawn to Peshischa, where he became an ardent Chassid and one of the closest talmidim of the Rebbe Reb Bunim, zt”l.

When the Rebbe Reb Bunim was niftar, Reb Yitzchak Meir attached himself to Reb Menachem Mendel of Kotzk, who became his brother-in-law when he married his Rebbetzin’s sister.

When the Kotzker Rebbe was niftar, the Chassidim insisted on his becoming Rebbe.

The Chiddushei Harim would tell his Chassidim the following: “The Rebbe Reb Bunim of Peshischa led his flock with love, the Kotzker Rebbe led them with fear and I will lead them with Torah.”

The Rebbe’s 13 children all died during his lifetime.

The Chiddushei Harim was niftar on 23 Adar, 5626/1866. He was buried in Ger. Since all his children were niftar in his lifetime, he was eventually succeeded by his grandson, the Sfas Emes, son of his oldest son, Harav Avraham Mordechai.

In 1851, Yosemite Valley was discovered in California.

In 1935, Persia officially changed its name to Iran.

In 1946, the recently created United Nations Security Council set up temporary headquarters at Hunter College in The Bronx, New York.