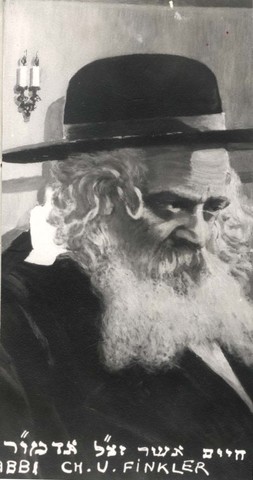 Harav Yisrael Yosef Finkler was the son of Rav Eliezer Dovid Finkler of Radoshitz. He married the daughter of Harav Yaakov Tennenwurtzel.

Following the petirah of his father on 22 Adar 5687/1927, Rav Yisrael Yosef was appointed Rav in Radoshitz. His older brother Harav Chaim Asher, zy”a, served as Rebbe. Later on, Rav Yisrael Yosef became Rebbe, in addition to serving as the Rav.

Renowned for his greatness in Torah, Rav Yisrael Yosef was considered a gaon. His hours-long tefillos were charged with much emotion, which inspired all those present.

In 1811, Venezuela became the first South American country to declare independence from Spain.

In 1865, the Secret Service Division of the U.S. Treasury Department was founded in Washington, D.C. with the mission of suppressing counterfeit currency.

In 1940, during World War II, Britain and the Vichy government in France broke off diplomatic relations.

In 1984, the Supreme Court weakened the 70-year-old “exclusionary rule,” deciding that evidence seized in good faith with defective court warrants could be used against defendants in criminal trials.