This Day In History 22 Sivan/June 5

In 5285/1525, the Pope ordered the Jews of Carpentras, France, to wear distinctive yellow hats. 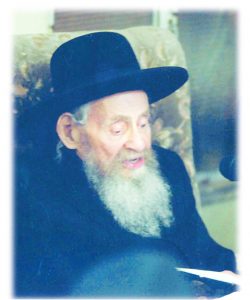 Harav Yitzchak Shlomo Ungar was the son of Harav Avraham Tzvi, zt”l, author of Machaneh Avraham on Maseches Mikva’os and Maseches Beitzah. Rav Avraham Tzvi was the scion of an illustrious family. He was a sixth-generation descendant of the Panim Me’iros; his father, Rav Chaim, was a talmid of Harav Menachem Prosnitz Katz, zt”l, one of the greatest talmidim of the Chasam Sofer; and his grandfather, Harav Yechiel Michel Ungar of Tzehlim, zt”l, served as the meshamesh of the Ksav Sofer and Harav Shimon Sofer of Cracow.

Rav Avraham Tzvi’s mother was the daughter of Reb Zalman Berger, a wealthy man who fought bravely against the Reform and haskalah movements.

In World War I, Rav Avraham Tzvi was drafted into the army, during which time he constantly reviewed Torah by heart.

In 5686/1926 Rav Avraham Tzvi was invited to serve as Rav of Kapa-Var. Reform influence in this community was so strong that during the initial period after the family’s arrival, young Yitzchak Shlomo was the only child in the local Jewish school who wore a yarmulke. Under the Rav’s influence, the community grew tremendously.

During the Holocaust, Rav Yitzchak Shlomo endured untold hardships in numerous labor camps. After liberation he moved to Eretz Yisrael and fulfilled his father’s final request to found a yeshivah, which he named for his father.

Rav Ungar was niftar on 22 Sivan 5764/2004, after a few months’ illness. He was survived by his Rebbetzin, his brothers, Harav Yechiel Michel Ungar, the Pupa Dayan, and Rabbi Yeshaya Ungar, gabbai of the Skverer Rebbes and thousands of talmidim and admirers the world over who will long remember him.

In 1794, Congress passed the Neutrality Act, which prohibited Americans from taking part in any military action against a country that was at peace with the United States.

In 1884, Civil War hero Gen. William T. Sherman refused the Republican presidential nomination, saying, “I will not accept if nominated, and will not serve if elected.”

In 1933, the United States went off the gold standard.

In 1947, Secretary of State George C. Marshall gave a speech at Harvard University in which he outlined an aid program for Europe that came to be known as The Marshall Plan.