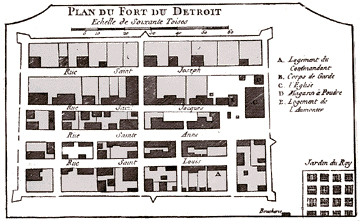 In 2449, Doson and Aviram searched for manna on the first Shabbos in the Midbar but did not find any (Shemos 16:27).

Harav Mordechai Shraga Feivish, the youngest son of Harav Yisrael of Ruzhin, was born on 20 Iyar 5595/1835.

Rav Mordechai Shraga was named Mordechai after his great-uncle, the Maggid Harav Mordechai of Chernobyl, zy”a, while he was still alive. He was also named Shraga Feivush after Harav Shraga Feivush of Kremnitz, zy”a, the father-in-law of the Ruzhiner’s father, Harav Avraham Hamalach, zy”a (the son of the Mezeritcher Maggid).

Harav Yisrael of Ruzhin attested that this youngest son had a very holy and unique neshamah.

Not long after Rav Mordechai Shraga’s birth, Harav Moshe of Savron, zy”a, came to visit the Ruzhiner. The tzaddik showed him many valuables and then told him, “Now I will show you my most precious possession,” and summoned his youngest son to be brought into the room.

Rav Yisrael of Ruzhin was niftar on 3 Cheshvan 5611/1850, a few months after the chasunah. All of his sons became Rebbes, including Rav Mordechai Shraga, who was only 15 at the time. A year and a half later, in Tammuz 5612/1852, he left Potik, where all the brothers had resided, and moved to Mikulinitz. He stayed there for three years and then moved to Strusov.

In 5625/1865, at the age of 30, he finally moved to Husyatin, located on the banks of the Zabrotz, then the Galician-Ukrainian border, where he lived for the rest of his life.

The Rebbe would spend countless hours in deveikus, totally oblivious to all things physical.

Rav Mordechai Shraga was succeeded by his son, Harav Yisrael. A younger son, Harav Sholom Yosef, was tragically niftar during his lifetime. Harav Sholom Yosef was the father of Harav Moshenyu of Boyan, zy”a, and Harav Menachem Nachum of Lemberg, zy”a. His sons-in-law were Harav Yitzchok Meir Heschel of Kopyczynitz, zy”a, and Harav Menachem Nachum of Boyan-Chernowitz, zy”a.

In 1763, Pontiac, chief of the Ottawa Indians, attempted to lead a sneak attack on British-held Fort Detroit, but was foiled because the British had been tipped off in advance.

In 1945, Germany signed an unconditional surrender at Allied headquarters in Rheims, France.

In 1998, the parent company of Mercedes-Benz agreed to buy Chrysler Corp. for more than $37 billion.