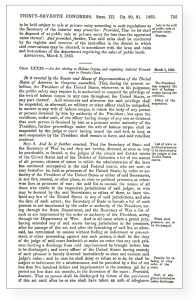 Harav Yeshayah of Dinowitz, Zy”a, talmid of the Mezritcher Maggid

Harav Yeshayah of Dinowitz was born in Berditchev and was a close talmid of Harav Lieber of Berditchev, zt”l.

He was the son-in-law of Harav Yaakov Yehudah from Ostroa, zy”a, known as Yudel Chassid.

Rav Yeshayah davened for a clear voice to serve Hashem, and indeed he was zocheh to a beautiful voice. Through his tefillos, Rav Yeshayah was able to awaken many Yidden to teshuvah, and some followed him to Chassidus.

Some of his divrei Torah are quoted by the Rebbes of his generation, most notably by Harav Chaim of Chernowitz, zy”a, in Sidduro shel Shabbos.

Rav Yeshayah owned many unique manuscripts in his sefarim collection. Tzavaas HaRivash was published based on the manuscript that Rav Yeshayah had, as was Ohr Torah of the Maggid of Mezritch. He also had manuscripts written by Harav Shimshon Ostropolier and Harav Lieber of Berditchev, zecher tzaddikim livrachah.

In 1861, Chief Justice Roger Taney, sitting as a federal circuit court judge in Baltimore, ruled that President Abraham Lincoln lacked the authority to suspend the writ of habeas corpus. (Lincoln disregarded the ruling.)

In 1968, the U.S. Supreme Court, in United States v. O’Brien, upheld the conviction of David O’Brien for destroying his draft card outside a Boston courthouse, ruling that the act was not protected by freedom of speech.