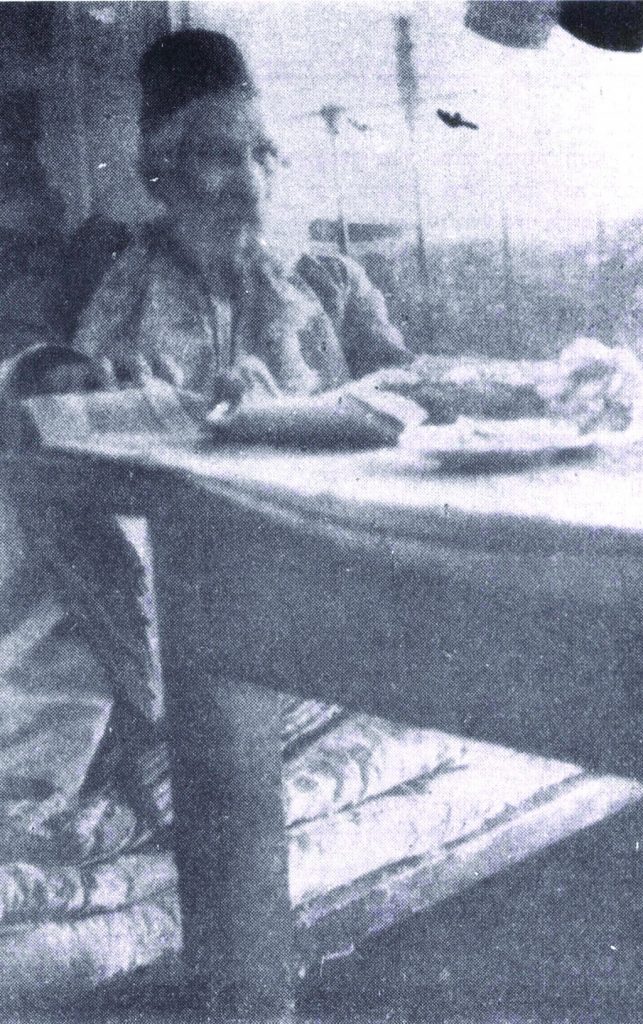 5554/1794, Harav Yeshayah of Dinowitz, zt”l, talmid of the Mezheritzer Maggid

The Saba Kadisha was born in the city of Kushta, Turkey, about 5575/1815. Kushta (later called Constantinople), the capital of Turkey, was home to the largest Jewish community in Turkey at the time.

Harav Shlomo Eliezer would sit and learn in seclusion with incredible diligence. He mastered many complex sugyos, with all the meforshim, in a very short time — and remembered everything.

Recognizing his greatness, the kehillah in Kushta wanted to nominate Harav Shlomo Eliezer to the city’s beis din, but he adamantly refused. Instead, he sat in the beis medrash and taught talmidim. Eventually, however, he did accept the position of Rav in Kushta and, later yet, served as Rav of Damascus, together with Harav Yitzchak Abulafiya, the Pnei Yitzchak.

In his upper 80s, Harav Shlomo Eliezer decided to ascend to Eretz Yisrael. Initially he settled in Haifa, but when the Jews of Tzfas heard of his arrival they immediately invited him to serve as Rav of the Sephardic community. He answered many halachic questions and conducted Torah discussions.

The elders of Tzfas related that in Nisan of 5674/1914, after completing the recitation of Kiddush Levanah, the Saba Kadisha kept gazing into the sky, after which he clapped his hands and released a great sigh. When his talmidim asked him what this meant, he remarked, “I see that in the near future a terrible war will break out!” Indeed, World War I broke out a few months later.

Due to his deteriorating health, he moved to Teveria and subsequently to Yerushalayim, where he was able to receive proper treatment. He asked that all his writings be buried in the ohel of the Arvei Nachal in Tzfas.

He lived a life of purity and harbotzas haTorah. He continued to teach talmidim even when he was over 100 years old.

His entire essence was humility. He never donned the cloak which was the traditional garb for Rabbanim at the time, and he supported himself through business partnerships with Egyptian Jews.

On 22 Iyar 5690/1930, when he was over 110 years of age, the Saba Kadisha asked his talmidim to help him don his two pairs of tefillin, and he recited Shema. He then motioned that he wanted a glass of milk; he recited the brachah of Shehakol, and returned his holy soul to its Maker.

In 1642, the Canadian city of Montreal was founded by French colonists.

In 1652, in Rhode Island, a law was passed that made slavery illegal in North America. It was the first law of its kind.

In 1765, about one-fourth of Montreal was destroyed by a fire.

In 1917, the U.S. Congress passed the Selective Service Act, which called up soldiers to fight in World War I.