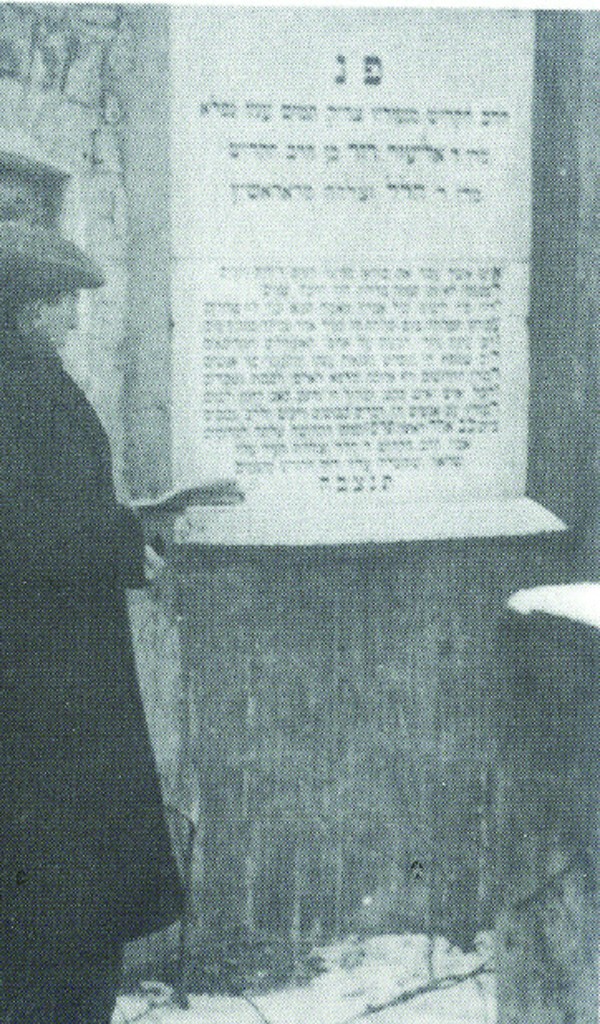 In 5190/1430, a miracle happened in the kehillah of Rome. When the authorities decreed that every Jew must either convert or be killed, an earthquake rocked the city and the decree was annulled.

Following the petirah of his father on 23 Teves 5661/1901, Reb Eliezer Dovid became Rebbe in Radoshitz.

Known to be a tzaddik who led an ascetic lifestyle, Reb Eliezer Dovid undertook many fasts; in between he ate only the bare minimum.

He was famous for his mofsim. At times he would only answer requests after toveling in the mikveh; some days he would tovel dozens of times. He asked that people who came to him for brachos should first tovel; he could tell who had done so and who hadn’t.

Thousands of petitioners flocked to his court, and many stories are related of the miracles he worked.

Reb Eliezer Dovid spoke with his Chassidim in Lashon Hakodesh, and on Shabbos he would converse exclusively in that language.

In his later years, Reb Eliezer Dovid was blind. But even so, he recognized anyone who had been in Radoshitz.

Following his petirah, the communities of Lodz and Radoshitz vied for the zechus of having the tzaddik buried in their city. The people of Radoshitz claimed that right because he had lived there all his life, while those of Lodz claimed that since he was niftar in their town he should be buried there.

At a din Torah, the beis din ruled that Reb Eliezer Dovid should be buried in Lodz.

Reb Eliezer Dovid was succeeded as Rebbe in Radoshitz by his son Rav Chaim Asher. His other son, Rav Yisrael Yosef, became Rav of Radoshitz. His son-in-law was Harav Elimelech Yaakov Yitzchak Rabinowitz of Sochdenyov.

In 1789, the U.S. House of Representatives held its first full meeting in New York; Frederick Muhlenberg of Pennsylvania was elected the first House speaker.

In 1924, Adolf Hitler was sentenced to five years in prison for his role in the Beer Hall Putsch in Munich. (Hitler was released in December 1924. During his time behind bars, he wrote his autobiographical screed, Mein Kampf.)

In 1945, American forces launched the amphibious invasion of Okinawa during World War II. (U.S. forces succeeded in capturing the Japanese island on June 22.)

In 1976, Apple Computer was founded by Steve Jobs, Steve Wozniak and Ronald Wayne.