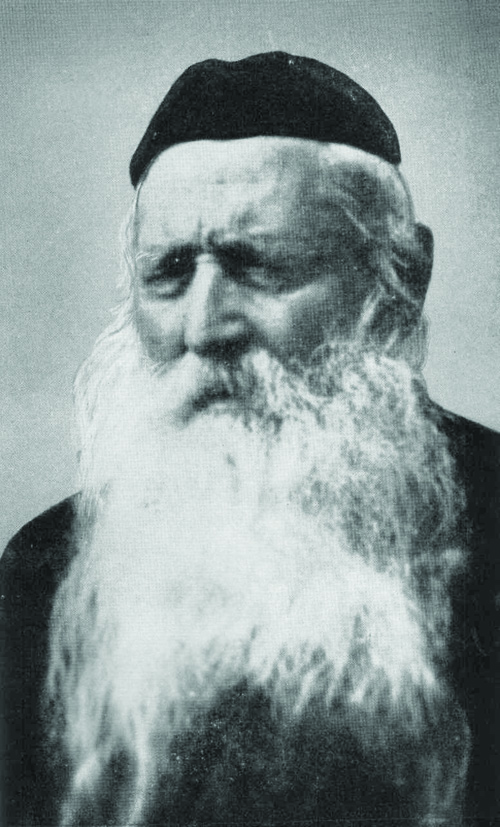 In 2450/1311 B.C.E., Miriam Haneviah was afflicted with tzaraas, according to Seder Olam, after speaking lashon hara about Moshe Rabbeinu. She was quarantined outside of the machaneh for seven days, and only afterward did Klal Yisrael continue its travels (Bamidbar 12:10).

In 5213/1453, the Muslim conqueror of Constantinople granted equal rights to Jews and other non-Muslims. This created a haven for many Jews who were forced out of Spain during the Spanish Inquisition 39 years later.

“Reb Shimon Hatzaddik,” as he was fondly called by Harav Yehoshua of Belz, was born in Pressburg, Slovakia, to Harav Avraham Shmuel Binyamin (the Ksav Sofer, son of the Chasam Sofer) and Rebbetzin Chava Leah. Before his bar mitzvah he had already completed maseches Beitzah 60 times!

He absorbed a wealth of Torah in his father’s home, where his father affectionately called him “Shimon the Chassid.” In fact, Reb Shimon later developed a fondness for Chassidus, and on occasion met with the Divrei Chaim of Sanz.

Reb Shimon married the daughter of Harav Yitzchak Fried of Kleinvardein, but his Rebbetzin passed away at a young age, still childless. He later remarried and lived in Russia for a while. After a divorce, he married Rebbetzin Esther Malka, the daughter of Harav Zalman Spitzer, son-in-law of the Chasam Sofer. His sons were Harav Akiva of Stanislav; Harav Shmuel Chaim, Rav in Zhgrev; Harav Moshe, Dayan in Erlau; Harav Avraham, Ravin Guritzia; Harav Zalman of Vienna; and Harav Yaakov of Uhel. He also had four daughters.

For six years, beginning in 5634/1874, he lived in Russia, where he was venerated by all the local Gedolei Torah. In 5640/1880, at 31, he was called to assume the Rabbanus of Erlau, Hungary, northeast of Budapest, where he served for 64 years. In Erlau he was also the Rosh Yeshivah, delivering intricate shiurim to the bachurim, and giving several daily shiurim to the townspeople.

In old age, when his vision failed, someone would read the text for him and he would expound on it, continuing to deliver his dynamic shiurim as before.

He greatly honored his grandfathers. Often, in his older years, he would ask that certain pieces of Chiddushei Rav Akiva Eiger, his great-grandfather’s writings, be read to him. At such times he would rise in respect.

Even though the salary that he earned in Erlau was meager, he refused more prominent positions, such as the Rabbanus of Budapest and Ungvar. Nevertheless, he became one of Hungary’s uncontested manhigim, and he stood at the forefront of the battles to preserve Torah-true Yiddishkeit.

The Rav once mentioned that he did not have enough money to print the sefarim of his grandfather, the Chasam Sofer. The Rebbetzin immediately went out and sold all her jewelry. Harav Shimon subsequently printed many of the Chasam Sofer’s sefarim.

His own sefarim were She’eilos U’Teshuvos Hisorerus Teshuvah and Shir Maon al HaTorah, which he printed anonymously. He added the following to every page: “Do not rely on this sefer for halachah l’maaseh.”

Harav Shimon was meticulous in observance of mitzvos. Nothing could inspire him with simchah like davening, learning, or sitting in the sukkah. He donned Rashi, Rabbeinu Tam and the Shimusha Rabba tefillin every day.

Along with 3,000 of his fellow Jews, Harav Shimon was transferred from the Erlau Ghetto to Auschwitz, where the 95-year-old Rav was sent, in his wheelchair, to the gas chambers. His son, Harav Moshe, was also killed on this day. Hy”d. The current Erlauer Rav, Harav Yochanan Sofer, shlita, is the son of Harav Moshe.

In 1865, Union troops commanded by Maj. Gen. Gordon Granger arrived in Galveston, Texas, with news that the Civil War was over, and that all remaining slaves in Texas were free, an event celebrated to this day as “Juneteenth.”

In 1944, during World War II, the two-day Battle of the Philippine Sea began, resulting in a decisive victory for the Americans over the Japanese.

In 1953, Julius Rosenberg, 35, and his wife, Ethel, 37, convicted of conspiring to pass U.S. atomic secrets to the Soviet Union, were executed at Sing Sing Prison in Ossining, New York.

In 1964, The Civil Rights Act of 1964 was approved by the U.S. Senate, 73–27, after surviving a lengthy filibuster. Hours later, a twin-engine plane carrying Sens. Edward Kennedy (D-Mass.) and Birch Bayh (D-Ind.) crashed near Springfield, Massachusetts. Kennedy was seriously injured, Bayh and his wife, Marvella, less so, but two people, including the pilot, were killed.

In 1972, Hurricane Agnes, blamed for at least 122 deaths, made landfall over the Florida Panhandle.