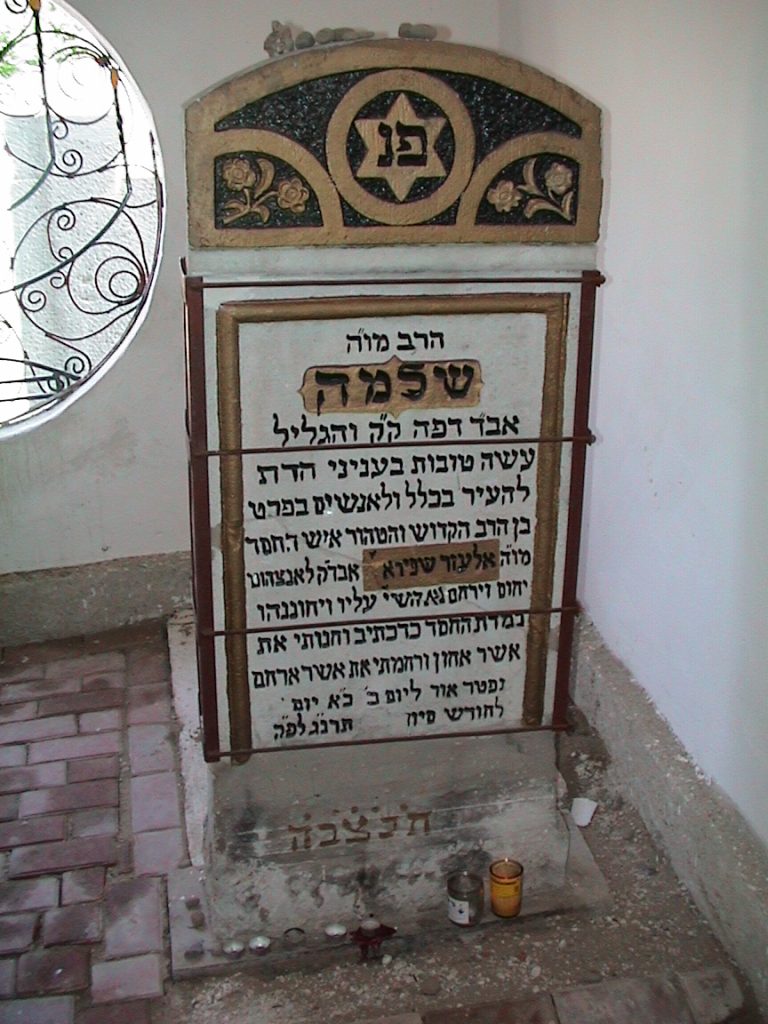 In 2450/1311 B.C.E., Miriam Haneviah was afflicted with tzaraas, according to Seder Olam, after speaking lashon hara about Moshe Rabbeinu. She was quarantined outside the machaneh for seven days, and only afterward did Klal Yisrael continue its wanderings (Bamidbar 12:10).

Harav Shlomo Shapira was born in Rybatitch in 5592/1831. He was the eldest son of Harav Elazar Shapira of Lanczut, known as the Yod’ei Binah, son of the Bnei Yissaschar of Dinov, zy”a.

At the age of nine, Reb Shlomo became engaged to Chayah Frimah Rivkah Erblich, daughter of Harav Shmuel Shmelka of Sassov. After his wedding, Reb Shlomo settled in the home of his in-laws, where he sat poring over his sefarim day and night.

He was given semichah by Harav Yosef Shaul Natansohn, zt”l, and Harav Mordechai Zev Ettinger, zt”l, mechabrim of Meforshei Hayam.

Due to difficult financial circumstances, Reb Shlomo moved to Stryzov, Galicia, where his father was then Rav and Rebbe. When his father became Rav of Lanczut in 5618/1858, Reb Shlomo was appointed Rav in Stryzov in his stead.

In 5640/1880, Reb Shlomo was offered the rabbanus in Munkacs, but it was only two years later that he moved to Hungary to lead the kehillah at whose helm he would stand until his final days, establishing the dynasty of Munkacs.

Many years before, upon the departure of the Bnei Yissaschar from Munkacs for Poland, he told his followers, “I am not really leaving you for, as the passuk says, ‘Bishnas hayovel hazos tashuvu ish el achuzaso — in this fiftieth year you shall return to your holdings.’” After 50 years (a yovel), his grandson Reb Shlomo returned as Rav to Munkacs.

Reb Shlomo was a genius in Torah, a gadol in halachah and a profound baal menagen.

Reb Shlomo was niftar on 21 Sivan, 5653/1893, in Munkacs, and was buried in the cemetery in Munkacs, where an ohel was built over his kever.

In 5753/1993, Munkatcher Chassidim published a sefer called Padah B’Shalom, in which they collected divrei Torah of the Shem Shlomo which are scattered in the sefarim of his descendants: Darchei Teshuvah, Minchas Elazar and others.

In 1215, England’s King John put his seal to Magna Carta (“the Great Charter”) at Runnymede.

In 1934, President Franklin D. Roosevelt signed an act making the National Guard part of the U.S. Army in the event of war or national emergency.