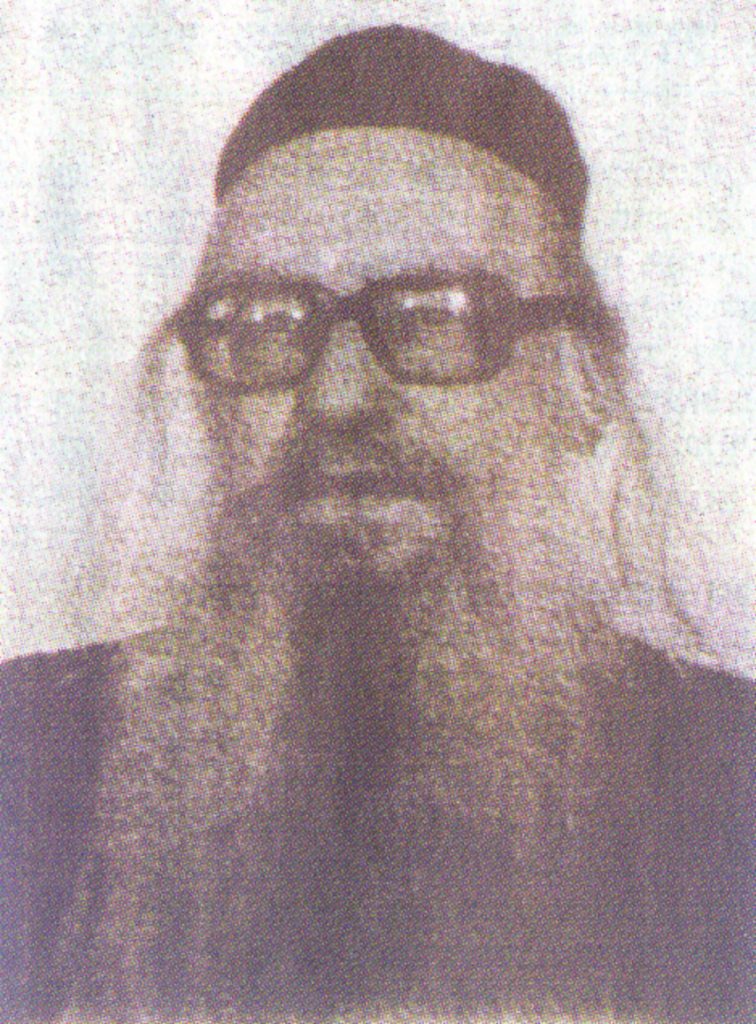 In 5699/1938, following Kristallnacht, Jewish students were expelled from German schools and universities.

Harav Betzalel Stern was born on 12 Tishrei 5671/1910, in Neihiezel, Czechoslovakia. His father was Harav Avraham, the mechaber of Melitzei Ash.

At the yeshivah in Tirnau, all the bachurim were tested by Rabbanim. When young Betzalel was tested, the Rabbanim were impressed both by his deep comprehension and by his devotion, as he dedicated days and nights to his learning.

He married the daughter of Harav Tzvi Kunstlicher, zt”l, Rav of Seben, Transylvania.

In 5702/1942 he accepted his first rabbinic post, in Seben, where he served as Rav Hatza’ir under his father-in-law. Rav Betzalel also headed the yeshivah there. He taught the bachurim with his unique derech halimud.

After World War II ended, Rav Betzalel received many requests to serve as Rav. When approached by the kehillah of Kashau he refused their offer, explaining that he did not want to return to his home country. He resided for a while in Budapest.

For a short while Rav Betzalel served as Rav in Pupa. Later he moved to Rome, Italy, where many survivors had gathered.

In 5714/1954, Rav Betzalel was asked by the Adas Yisrael community in Melbourne, Australia, to serve as their Rav. The reason Rav Betzalel acquiesced to go so far away was, as he writes in his introduction to B’tzel Hachochmah, that he was interested in building Torah and Yiddishkeit in such a distant place.

Today the community of Melbourne, and to a lesser extent Sydney as well, has very strong Torah and chinuch institutions, including batei medrash, yeshivos and kollelim.

As Rav, he assisted the local Talmud Torah, Bais Yaakov and a yeshivah ketanah, named Bris Avraham, after his father who was killed in the war. He also opened a separate cemetery for the kehillah.

After 14 years in Melbourne, Rav Betzalel left because most of his family lived in Eretz Yisrael and the distance was too great for him.

In 5735/1975, Rav Betzalel was invited by the Eidah Hachareidis in Yerushalayim to serve as the deputy Gaavad, under Harav Yaakov Yitzchak Weiss, zt”l, the Minchas Yitzchak; but this plan did not materialize.

Rav Betzalel was niftar on 21 Cheshvan 5749/1988, at the age of 79. He was buried on Har Hamenuchos near his father-in-law, Harav Kunstlicher, and close to the kevarim of the Belzer Rebbe and the Brisker Rav, zecher tzaddikim livrachah.

In 1775, the U.S. Marines were organized under authority of the Continental Congress.

In 1942, Winston Churchill delivered a speech in London in which he said, “I have not become the King’s first minister to preside over the liquidation of the British Empire.”

In 1975, the U.N. General Assembly approved a resolution equating Zionism with racism. The world body repealed the resolution in Dec. 1991.