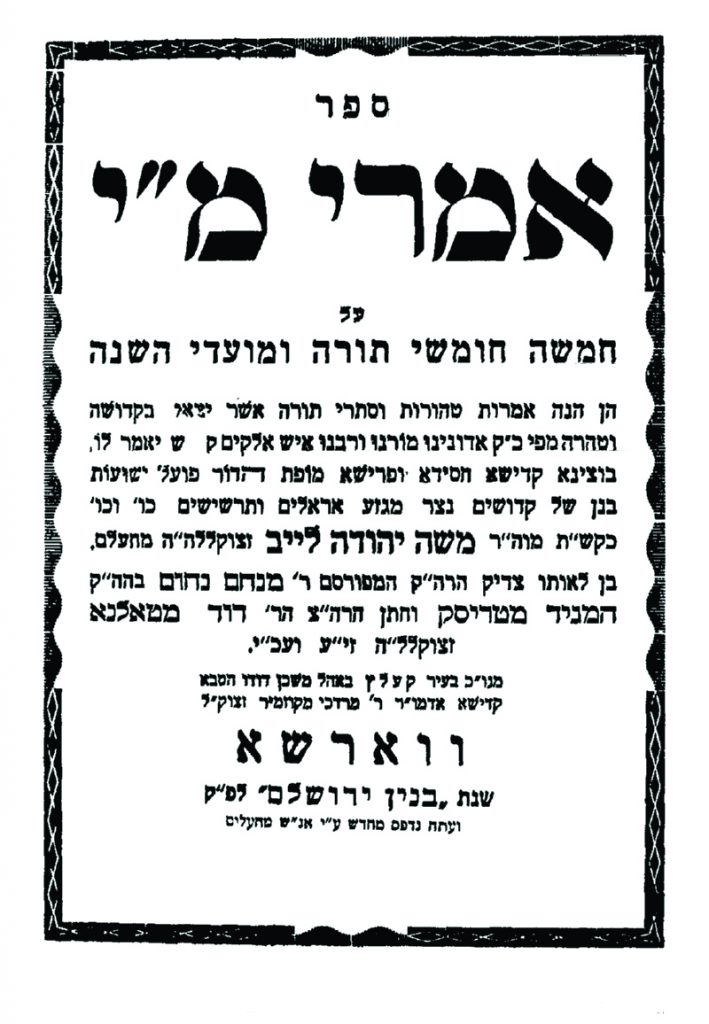 In 5654/1894, many Jews of Vilna were killed during the Polish uprising. Jews of Vilna held a fast day to commemorate this event.

In 5701/1941, the Jews of Telshe (Telsia, Lithuania), including the Roshei Yeshivah, were killed by the Nazis, Hashem yinkom damam.

Rav Moshe Yehudah Leib was renowned for his tefillos, known for their fiery hislahavus.

The sefer Imrei Mi, a collection of divrei Torah of Rav Moshe Yehudah Leib, was published after his petirah.

His son, Harav Menachem Nachum, Hy”d, succeeded him as Rebbe.

In 1863, the three-day Civil War Battle of Gettysburg in Pennsylvania ended in a major victory for the North as Confederate troops failed to breach Union positions during an assault known as Pickett’s Charge.

In 1944, during World War II, Soviet forces recaptured Minsk from the Germans.

In 1976, Israel launched its daring mission to rescue 106 passengers and Air France crew members being held at Entebbe Airport in Uganda by pro-Palestinian terrorist hijackers; the commandos succeeded in rescuing all but four of the hostages.