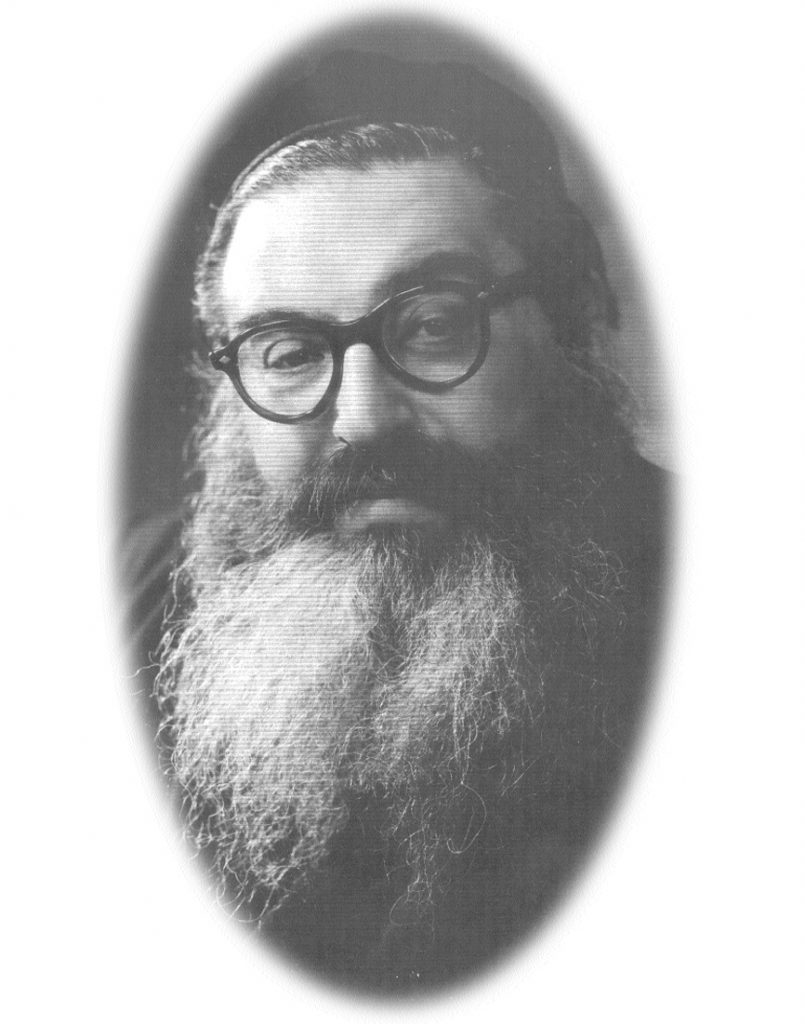 Harav Yitzchak Hutner was born in Adar 5666/1906, in Warsaw; his father was Rav Chaim Yoel.

A child prodigy, he was taught by private tutors until age 15, when he was enrolled in the Slabodka Yeshiva, headed by Harav Nosson Tzvi Finkel, zt”l, the Alter of Slabodka.

In 5685/1925, Reb Yitzchak was sent to help start a branch of the Slabodka Yeshiva in Chevron. He learned there until 5689/1929, narrowly missing the Chevron massacre; he was away from yeshivah that Shabbos.

In 5695/1935, Rav Hutner immigrated to the United States, settling in Brooklyn. Initially he did not seek a formal position; however, he soon joined the faculty of Yeshivas Rabbi Jacob Joseph (RJJ), and was later appointed first a teacher and then principal of the newly-established high school division of Yeshivas Rabbeinu Chaim Berlin, known as Mesivta Yeshiva Rabbeinu Chaim Berlin.

Under Rav Hutner’s leadership, Yeshiva Rabbi Chaim Berlin grew from relative obscurity to prominence, and with it grew his reputation in the world of Torah scholarship.

There are seven volumes of his maamarim on the Yamim Tovim, titled Pachad Yitzchak. Their style is highly original, combining logic and passion with poetic prose. In addition, there is another volume of letters and writings. One of his students published two volumes of his notes on other talks, titled Reshimos Lev.

In 5739/1979, Yeshivas Pachad Yitzchak, named for his magnum opus, opened in Har Nof, Yerushalayim, where Rav Hutner settled. A kollel called Ohr Eliyahu was also on the premises.

During his last few years in Eretz Yisrael, Rav Hutner served as Nasi of Machon Yerushalayim, and he was among the editors of the Otzar Meforshei HaTalmud.

In Cheshvan 5741/1980, Rav Hutner was partially paralyzed by a stroke; he was niftar a few weeks later, on 20 Kislev, at the age of 84. His kever is on Har Hazeisim in Chelkas Hanevi’im.

In 1790, the first successful cotton mill in the United States began operating at Pawtucket, Rhode Island.

In 1803, the Louisiana Purchase was completed as ownership of the territory was formally transferred from France to the United States.

In 1924, Adolf Hitler was released from prison after serving nine months for his role in the Beer Hall Putsch; during his time behind bars, he’d written his autobiographical screed, Mein Kampf.

In 1989, the United States launched Operation Just Cause, sending troops into Panama to topple the government of Gen. Manuel Noriega.