This Day In History 20 Elul/September 23 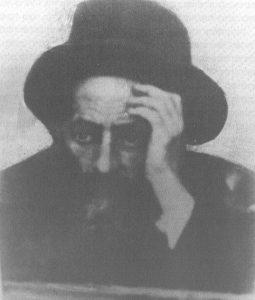 Harav Avraham Weinberg was born in Stutchin in 5642/1882. His father, Harav Yisrael Nissan, gave him a strong chinuch.

Reb Avraham went to the yeshivah in Lomza, where he was known as “the iluy of Stutchin.” He learned day and night, with the trademark humility that remained with him all his life.

From Lomza, Reb Avraham moved to the famed yeshivah of the Avnei Nezer in Sochatchov, where he immediately joined the inner group of talmidim.

Reb Avraham was also close with the son of the Avnei Nezer and his successor as Rebbe, the Shem MiShmuel.

In 5675/1915, Reb Avraham married the daughter of Harav Moshe Kowalski from Warsaw. He lived in Warsaw, near his father-in-law, for the next 12 years, and was supported in comfort. This enabled him to devote all his time and effort to learning.

Although Reb Avraham tried to keep out of the limelight and never sought a rabbinical position, he was held in high esteem by leading Gedolei Yisrael, who wrote to him to discuss questions in halachah.

In 5690/1930, Reb Avraham released Reishis Bikurim on Maseches Bechoros, which revealed his greatness.

During the War, Reb Avraham suffered together with the other Yidden in Warsaw. Yet even in those trying years, he still delivered shiurim whenever possible.

The mesirus nefesh of the Yidden was astounding, as is evident from the halachic responsa Reb Avraham dealt with during the War. He was asked, for example, if it would be permissible to leave one’s home on Shabbos in an area without an eruv while wearing the yellow star on one’s clothing.

On Wednesday, 20 Elul 5702/1942, in the middle of a shiur, Reb Avraham and the bachurim were taken away by SS officers to be transported to Treblinka. Their gemaras were left open to daf 19.

Reb Avraham refused to board the train and was brutally murdered on the spot. His wife and their only son, Reb Yisrael Meir, were killed with him.

In 1780, British spy John Andre was captured along with papers revealing Benedict Arnold’s plot to surrender West Point to the British.

In 1806, the Lewis and Clark expedition returned to St. Louis more than 2 years after setting out for the Pacific Northwest.

In 1846, Neptune was identified as a planet by German astronomer Johann Gottfried Galle.