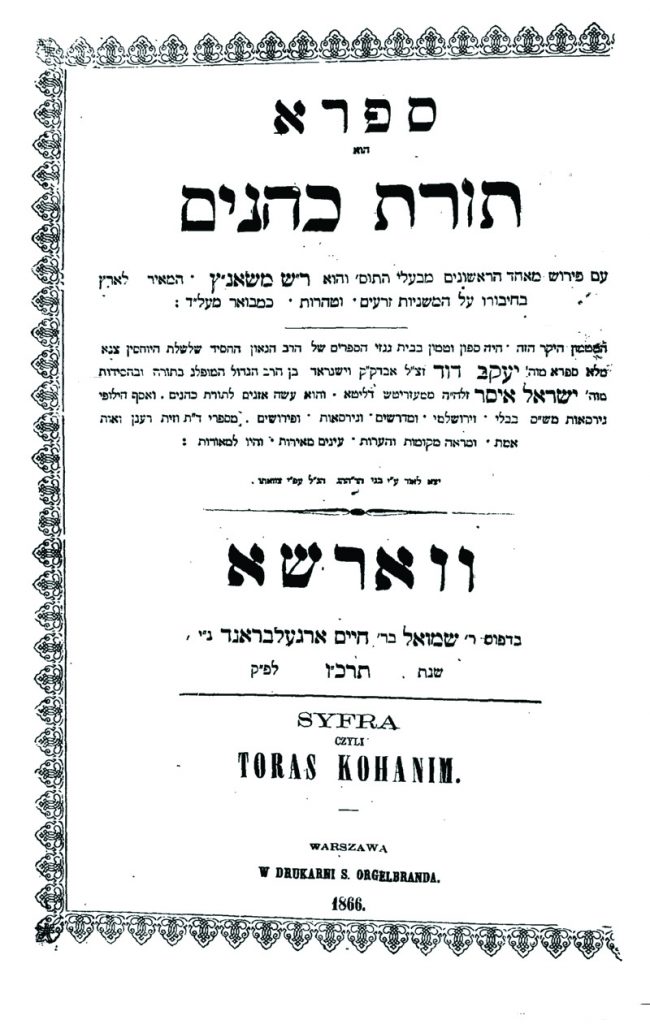 5704/1944, Harav Levi Yitzchak Schneerson, zt”l, father of the Lubavitcher Rebbe, Harav Menachem Mendel, zt”l, Rav of Yekaterinoslav. He was arrested by the Stalinist regime and exiled to Kazakhstan, where he was niftar.

Harav Yaakov David Biderman was born in 5568/1808. His father Harav Yisrael Isser, zy”a, a talmid of the Yid Hakadosh, zy”a, lived in Mezritch.

He was a Dayan in Mezritch from about 5591/1831, later becoming Rav in Kozhnitz and finally in Vishograd.

After his petirah, his sons found among his effects the Sifra with the commentary of the Rash of Shantz, with his own thoughts in the margins. These comments were published under the name Hagahos Maharid.

Rav Yaakov David was survived by his sons, Rav Yechezkel, zy”a, who succeeded him as Rav in Vishograd; Rav Nosson Shlomo Betzalel, Rav in Bizon and Loivitch, and father of Harav Yaakov Meir Biderman, zy”a, son-in-law of the Sfas Emes of Ger; and Harav Chaim Yehoshua, zy”a, Rav of Lentchna.

In 1790, the first United States census was completed, showing a population of nearly 4 million people.

In 1957, the United States and Canada announced they had agreed to create the North American Air Defense Command (NORAD).

In 1975, a 35-nation summit in Finland concluded with the signing of a declaration known as the Helsinki Accords dealing with European security, human rights and East-West contacts.