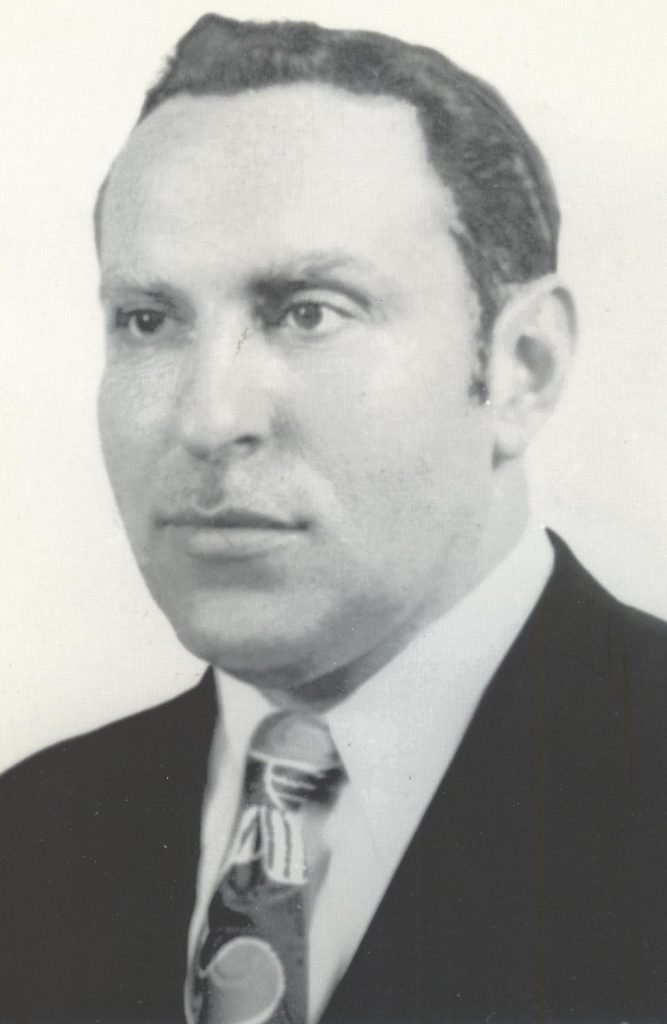 Reb Elimelech Gavriel (Mike) Tress was a charismatic, educated young businessman from a family of Stoliner Chassidim. He was born in New York to immigrant parents from the Ukraine. His father, Gershon, passed away when Mike was an infant. His mother, Henya, served as president of the Ladies’ Auxiliary of the Stoliner beis medrash in Williamsburg.

In the mid-1930s, Mike joined what was then the fledgling Zeirei Agudas Yisrael of Williamsburg, where members gathered to learn, daven and enjoy a weekly seudah shelishis. Within six months of joining, he was elected branch president. In 1938, Mike became head of the national Zeirei, which blossomed into Agudas Yisrael of America.

His impact on Zeirei was monumental. Spurred by a broad and far-reaching vision, he expanded its activities to benefit the tzibbur at large. A campaign to persuade Jewish store owners to close on Shabbos drew attention and participation from the wider community. The biggest investment of Mike’s energies — until the war years, when hatzalas nefashos became the organization’s consuming focus — was in Pirchei, serving as role model and father figure to the boys and encouraging them to abandon public school for yeshivah. He also founded Camp Agudah and Camp Bnos, which were among the first frum summer camps for America’s youth.

Idealistic and dynamic, encouraged by many Gedolei Torah, he constantly stressed to his adherents the concept of daas Torah. When Harav Elchonon Wasserman, Hy”d, arrived in New York in 1937, on a fundraising trip for his yeshivah in Baranowitz, Mike brought groups of boys to meet him. Rav Elchonon’s sojourn in America, during which he frequently delivered major addresses at Zeirei headquarters, was probably the single most influential factor affecting Mike’s hashkafah, and the subsequent course of his life. Rav Elchonon, discerning Mike’s tremendous kochos, urged him to leave his successful business career and devote himself completely to Klal Yisrael, telling him, “The future of Torah in America is in your hands.”

During World War II, Mike Tress worked tirelessly to rescue Jews trapped in Europe. He constantly traveled and lobbied the governments in Washington and abroad to facilitate immigration. When refugees arrived in the United States, he found them homes and jobs to enable them to rebuild their lives. After the war, he was one of the first civilians to travel to Europe. He lived and slept with the survivors in their barracks and did everything humanly possible to address their needs.

Mike’s wife, Mrs. Hinda Tress, a”h, was his worthy partner. Despite having a large and growing family, she fully supported his endless commitments and financial burdens on behalf of world Jewry.

On 2 Tammuz 5727/1967, Reb Elimelech Tress was niftar at the young age of 57. He is buried in the Agudas Yisrael chelkah in Wellwood Cemetery on Long Island.

In 1870, the first section of the Atlantic City boardwalk on the New Jersey shore was opened to the public.

In 1917, the first troops of the American Expeditionary Force deployed to France during World War I landed in St. Nazaire.