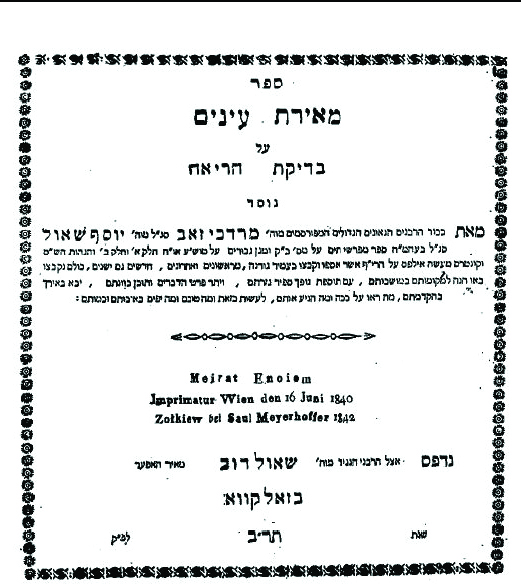 2310, according to most opinions, Yosef Hatzaddik. He was also born on this date, in 2200. (According to other opinions he was niftar on 27 Tammuz.)

Harav Mordechai Zev Itinga, the son of Harav Yitzchak Aharon, was born in 5565/1805.

Rav Mordechai Zev was a renowned talmid chacham who dedicated his entire time to learning Torah. Although he could have served as a Rav, he preferred not to support himself through Torah.

His greatness in Torah and halachah is evident in Maamar Mordechai, his correspondence with the other Gedolim of his generation.

His sefarim include Magen Gibborim on Shulchan Aruch Orach Chaim, which has become one of the basic sefarim on Orach Chaim; and his notes, written with his brother-in-law Harav Yosef Shaul Natansohn, zt”l, under the name Meforshei Hayam.

Rav Mordecai Zev was known for his tzedakah and acts of chessed, especially for the poor of Eretz Yisrael.

In 1844, Charles Goodyear received a patent for his process to strengthen rubber.

In 1944, American forces began their successful invasion of Saipan during World War II. Meanwhile, B-29 Superfortresses made their first raids on Japan.