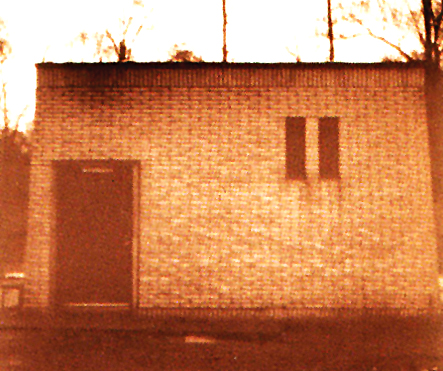 In 2448/1312 B.C.E., Moshe Rabbeinu carried out the commandment of Parah Adumah for the first time.

5035/1275, Rabbeinu Baruch, the father of the Maharam of Rottenberg

Harav Yaakov Yosef Twersky was born in Skver on 15 Tammuz 5659/1899. His father, Harav Dovid, was the Skverer Rebbe, and his mother, Tzipporah, was the daughter of Reb Elyakim Getzel of Ostra’a.

In the summer of 5679/1919, because of the pogroms in the Ukraine that followed the Bolshevik revolution, the family moved to Kiev. A few months later, on 15 Kislev, Reb Dovid was niftar, and the following fall, Reb Yaakov Yosef left Russia with his mother and family for Kishinev, Bessarabia (Moldavia).

On 2 Adar 5685/1925, Reb Yaakov Yosef married the daughter of Harav Pinchas Twersky of Ostilla and moved to Belz, where he was supported by Reb Pinchas’ father-in-law, Reb Yissachar Dov of Belz.

After two years in Ostilla, he was forced to return to Romania, where he acceded to the request of the Skverer Chassidim of Kolorash to lead them as Rebbe.

After his home burned down in 5694/1934, he moved temporarily to Yass, Romania. There, he was extremely vigilant with the chinuch of his children, and would often spend hours upon hours with his daughters in order that they should not be influenced by the street.

Reb Yaakov Yosef suffered terribly during the war, particularly during the Nazi attack that devastated his town. Afterward, in the winter of 5705/1945, he moved to Bucharest, from where he planned to leave Europe. Three years later he traveled to America, stopping in Budapest, Prague, Antwerp and London, before arriving in the United States on 29 Adar I.

He first established his court in Boro Park, then in Williamsburg, and finally in New Square, a chassidic village he founded with great mesirus nefesh a moderate distance from New York City (near Monsey). On 4 Nisan 5717/1957, he moved to New Square, which quickly became a model chareidi community and a center of Torah and Chassidus for all Jewry. Many would flock to his humble home in New Square to be inspired, and seek his counsel and brachos.

Reb Yaakov Yosef was niftar on 2 Nisan 5728/1968 and was buried in the beis hachaim of New Square. He was succeeded by his son, the current Skverer Rebbe, shlita. His sons-in-law are the Vizhnitzer Rebbe of Monsey, shlita, and the Rachmastrivke Rebbe of Boro Park, shlita.

In 1790, the 10th president of the United States, John Tyler, was born in Charles City County, Virginia.

In 1867, Britain’s Parliament passed, and Queen Victoria signed, the British North America Act creating the Dominion of Canada, which came into being the following July.

In 1936, German Chancellor Adolf Hitler claimed overwhelming victory in a plebiscite on his policies.