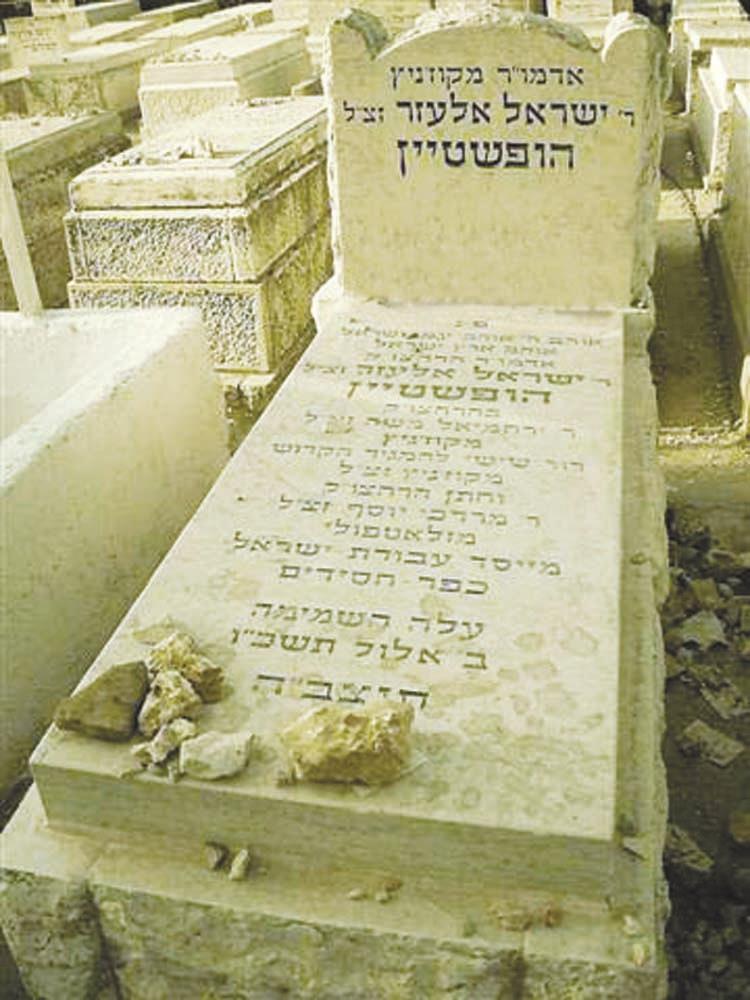 In 5207/1447, the Jews of Poland and Lithuania
were granted a Charter of Rights.

In 5315/1555, the pope ordered the confiscation and burning of all copies of the Talmud.

Harav Yisrael Elazar Hopstein was the son of Harav Yerachmiel Moshe of Kozhnitz. He was born in Elul 5658/1898, and was a sixth-generation descendant of the Maggid of Kozhnitz.He was named Yisrael after the Maggid.

Harav Yisrael Elazar learned under Harav Meir Yechiel of Ostrovtza, and was given semichah by him as well.

Reb Yisrael Elazar was forced to leave Eretz Yisrael for health reasons. He was appointed Rav of the community in Paris. When the Nazisoccupied Paris, Reb Yisrael Elazar was taken away as he tried to flee. He was transferred to Nice, and from there he managed to escape to America in 5701/1941.

In America, Reb Yisrael Elazar rebuilt the Kozhnitzer Chassidus. Unfortunately, all the sefarim and precious items he had inherited from his forebears were lost in the war.

In 5726/1966, Reb Yisrael Elazar decided to return to Eretz Yisrael and even managed to found a beis medrash for the Kozhnitzer Chassidim there. Until then, they davened in an apartment.

Upon returning to America to take care of some details, Reb Yisrael Elazar was suddenly niftar, on 2 Elul 5726/1966, at the age of 68. His mittah was flown to Eretz Yisrael, where he was buried in the Sanhedria beis olam in Yerushalayim.

In 1862, the Second Battle of Bull Run (also known as Second Manassas) began in Prince William County, Virginia, during the Civil War; the result was a Confederate victory.

In 1922, the first-ever radio commercial aired on station WEAF in New York City; the 10-minute advertisement was for the Queensboro Realty Co., which had paid a fee of $100.

In 1944, during World War II, German forces in Toulon and Marseille, France, surrendered to Allied troops.

In 1945, the Allies began occupying Japan at the end of World War II.

In 1963, more than 200,000 people listened as the Rev. Martin Luther King Jr. delivered his “I Have a Dream” speech in front of the Lincoln Memorial in Washington D.C.

In 1964, two days of race-related rioting erupted in North Philadelphia over a false rumor that white police officers had beaten a black woman to death.

In 1968, police and anti-war demonstrators clashed in the streets of Chicago as the Democratic National Convention nominated Hubert H. Humphrey for president.

In 2012, former Massachusetts Gov. Mitt Romney swept to the Republican presidential nomination at a storm-delayed national convention in Tampa, Florida.