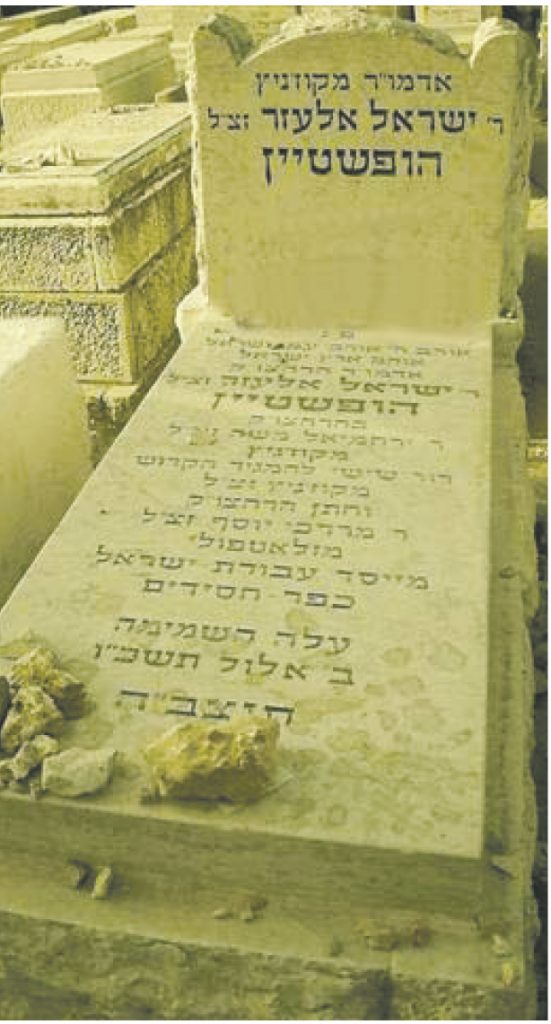 In 5313/1553, the pope ordered the confiscation and burning of all copies of the Talmud.

Rav Yisrael Elazar learned under Rav Meir Yechiel of Ostrovtza, zy”a, receiving semichah from him. He married the daughter of Harav Mordechai Yosef Twersky of Zlatipola, zy”a. After the petirah of his father on 13 Elul 5669/1909, Rav Yisrael Elazar was appointed Rebbe.

In America, Rav Yisrael Elazar rebuilt Kozhnitzer Chassidus. Unfortunately, all the sefarim and heirlooms he had inherited from his forbears were lost during the War.

In 5726/1966, he decided to return to Eretz Yisrael, and even to found a beis medrash for the Kozhnitzer Chassidim there. (Until then they davened in someone’s apartment.)

Returning to America to take care of some last details, Rav Yisrael Elazar was suddenly niftar on 2 Elul 5726/1966. His mittah was flown to Eretz Yisrael, where he was buried in the Sanhedria beis olam in Yerushalayim.

In 1846, the American flag was raised for the first time in Los Angeles.

In 1960, the first two-way telephone conversation by satellite took place with the help of Echo 1.