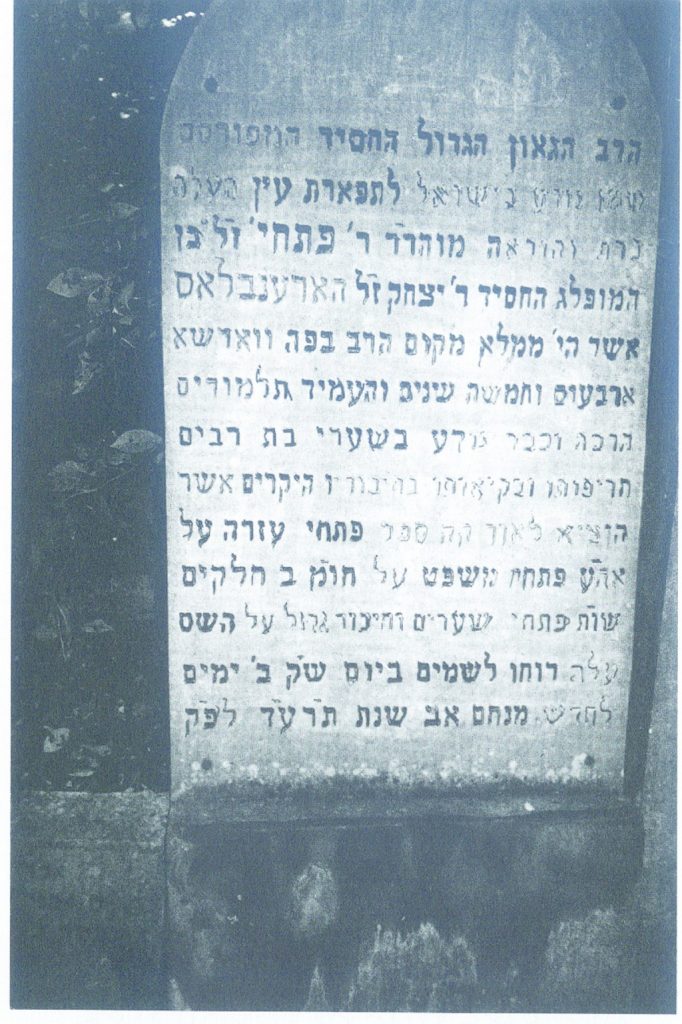 In 3830/70 C.E., Titus attacked the walls of the second Beis Hamikdash with battering rams.

In 5702/1942, French police rounded up over 30,000 Jews, including 4,500 children, for deportation to Auschwitz. Only 30 adults survived. That same day, the first train with Jews from Holland left for a death camp.

Harav Pesachyah Hornblass was born in 5607/1847. His father, Rav Yitzchak, was a noted talmid chacham.

Young Pesachyah stood out from the other children his age, and all who saw him predicted that he would become a Torah leader. In some places in his sefarim, Rav Pesachyah quotes chiddushim he created in his youth.

In 5637/1877, when Rav Pesachyah was 30 years old, he was appointed Rav in Warsaw. Interestingly, Rav Pesachyah was accepted by all groups in the city, both the Chassidim and the Misnagdim. He was close with Rav Yosef Ber of Brisk, the Netziv of Volozhin and others.

It is related that he once complained to his Rebbe that as Rav in Warsaw, answering she’eilos all day, he barely had time left for his own learning. Reb Yaakov Aryeh gave him a brachah that whenever he would search for something in a sefer, he would open directly to the correct page, thus saving much time. It was known to family members that this amazing brachah was fulfilled.

Groups of talmidei chachamim were often gathered around his table discussing Torah topics, with Rav Pesachyah sitting at the head and giving the final word on the sugya.

Rav Pesachyah was also known for his tefillos, and many would come to request his brachos.

Rav Pesachyah was niftar on Shabbos, 2 Av 5674/1914, in Warsaw. He was 67. He was buried the next day in Warsaw’s cemetery, near his Rebbe, Reb Yaakov Aryeh of Radzimin. According to the newspapers of the time, some 20,000 people participated in his levayah.

Rav Pesachyah wrote Pis’chei She’arim, and sefarim of she’eilos u’teshuvos and drashos; Pis’chei Mishpat on Choshen Mishpat; and Pis’chei Ezra on Even Haezer. It seems from his writings that he had a compilation on the Gemara, but this was never printed.

In 1850, gold was discovered in the Rogue River in Oregon.
In 1854, the paper collar was patented by Walter Hunt.

In 1917, Nikon Corp. had its beginnings with the merger of three optical manufacturers in Japan.