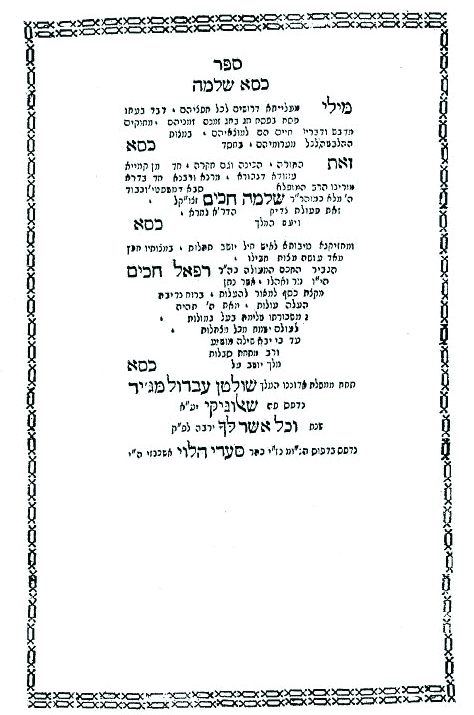 Harav Shlomo Chakim was a well-known gaon among the leading Gedolim in Izmir, Turkey.

Renowned for his kedushah and venerated as one of the leaders of his generation, he was also considered the representative of Turkish Jewry.

Rav Shlomo taught Torah to multitudes of talmidim, and was noted for his outstanding hasmadah.

As one of the Rabbanim in Izmir, Rav Shlomo led all the battles to improve shemiras haTorah with an iron hand.

Later in life, Rav Shlomo suffered a number of illnesses.

In 1888, the U.S. Congress created the Department of Labor.

In 1942, a four-man Nazi sabotage team arrived on Long Island, New York, during World War II, three days before a second four-man team landed in Florida. (All eight were arrested after two members of the first group decided to defect and cooperate with U.S. authorities.)

In 1957, the Mayflower II, a replica of the ship that brought the Pilgrims to America in 1620, arrived at Plymouth, Massachusetts, after a nearly two-month journey from England.