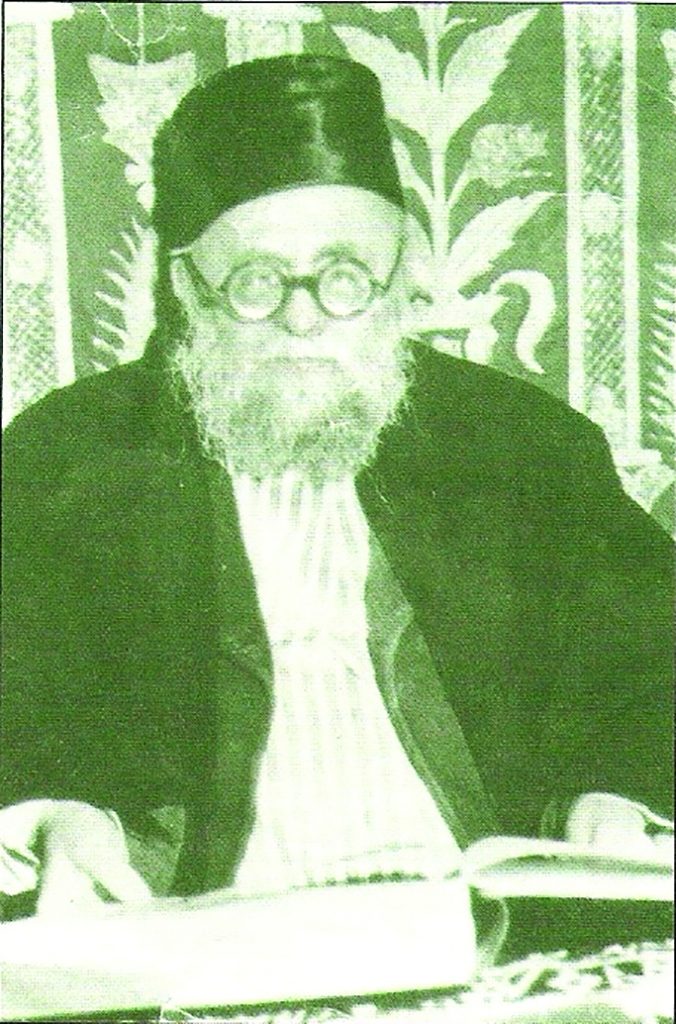 In 5705/1945, Joseph Goebbels, the Nazi minister of propaganda, committed suicide. Goebbels was known for his zealous and energetic oratory, virulent anti-Semitism and perfection of the so-called Big Lie technique of mass propaganda. Following Hitler’s death, he approved the murder of his own six children, and then committed suicide.

Harav Ezra Attiyah was born on 15 Shevat 5641/1881 in Aleppo, Syria. His father was Rav Yitzchak Attiyah.

His parents were childless for many years. It is related that his mother went to daven at the kever of Ezra Hasofer, where she promised that if her tefillos were accepted, she would call her son Ezra and dedicate him to Torah.

In 5655/1895, Rav Yitzchak moved his family to Eretz Yisrael, settling in Yerushalayim. Soon afterwards, Rav Yitzchak was niftar, leaving behind a widow and two young orphans.

While his mother hired herself out for domestic work, young Ezra devoted himself to Torah study. He went to learn, daven and even sleep on a bench in a small beis medrash in the Bukhari neighborhood called Shoshanim L’David. He sustained himself with a nightly meal of dry pita dipped in salt.

Within a few years he became known as a budding talmid chacham.

At the onset of World War I, Rav Ezra settled with his wife and family in Cairo. At first he went into business, but he quickly lost most of his money. Then he met Rav Nissim Nachum, with whose financial backing he opened Yeshivat Ahavah V’Achvah in the basement of the Cairo rabbinate building. He was also appointed to serve on the Cairo beis din.

When Yeshivat Porat Yosef was founded in 5683/1923, Yeshivat Ohel Moed merged with it and Rav Ezra was appointed Mashgiach Ruchani. Following the petirah of the Rosh Yeshivah, Harav Shlomo Laniado, Rav Ezra was named his successor.

Rav Ezra also served as a Dayan on the Sephardic Beis Din of Yerushalayim.

Rav Ezra always carried a copy of the mussar sefer Chovos Halevavos with him, and strongly advised his talmidim to do the same. He accomplished his lofty goal of training Sephardic talmidei chachamim who could go on to build Sephardic communities all around the world.

In 1776, Virginia authorized its delegation to the Continental Congress to support independence from Britain.

In 1862, President Abraham Lincoln signed an act establishing the Department of Agriculture.

In 1942, wartime gasoline rationing went into effect in 17 Eastern states, limiting sales to three gallons a week for non-essential vehicles.

In 1955, the United States, the Soviet Union, Britain and France signed the Austrian State Treaty, which re-established Austria’s independence.