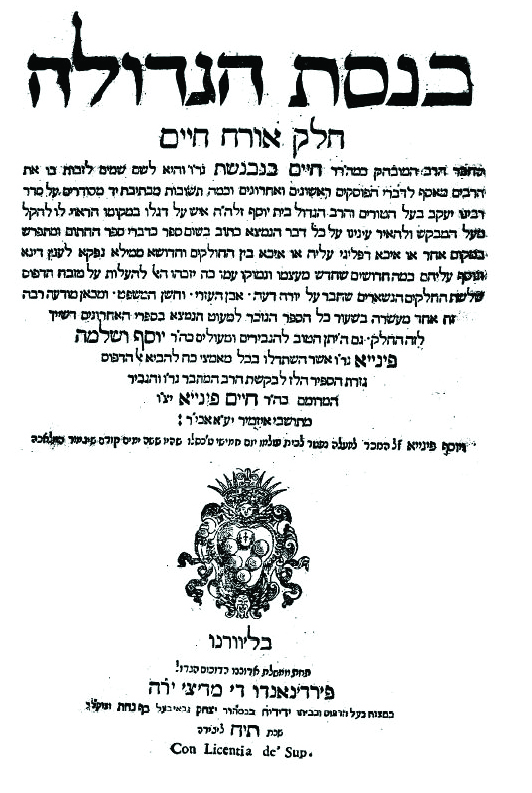 In 4949/1189, Rabbeinu Yaakov of Orleans, one of the Baalei Tosafos and a disciple of Rabbeinu Tam, was killed, along with many other Jews in London, during anti-Semitic riots inspired by King Richard’s coronation. Hy”d.

Harav Chaim Benveniste was born in Constantinople in 5363/1603. His father was Rav Yisrael.

Rav Chaim learned under his grandfather, Harav Moshe Benveniste, one of the leading talmidei chachamim of Constantinople. Later, he learned under Harav Yosef of Trani, Harav Yosef Samigah and Harav Tzemach Narboni.

In 5384/1624, though he was still young (21), Rav Chaim was appointed to the Council of Rabbanim of Constantinople. That same year he wrote his first sefer, Dina D’chayei, on Sefer Mitzvos Hagadol.

In 5418/1658, he settled in Izmir, whose Rav at the time was Harav Yosef Iskappeh. From 5421/1661 and on, when Rav Yosef was frail, Rav Chaim was the unofficial Rav; after Rav Yosef’s petirah, the appointment became official.

Rav Chaim is best known for his widely cited Knesses Hagedolah and Shiyarei Knesses Hagedolah, commentaries to the Tur and Shulchan Aruch. The Chida recommended that these sefarim be consulted prior to rendering any halachic decision.

In 1792, the first French Republic was proclaimed.

In 1862, President Abraham Lincoln issued the preliminary Emancipation Proclamation, declaring that all slaves in rebel states should be free as of Jan. 1, 1863.

In 1949, the Soviet Union exploded its first atomic bomb.