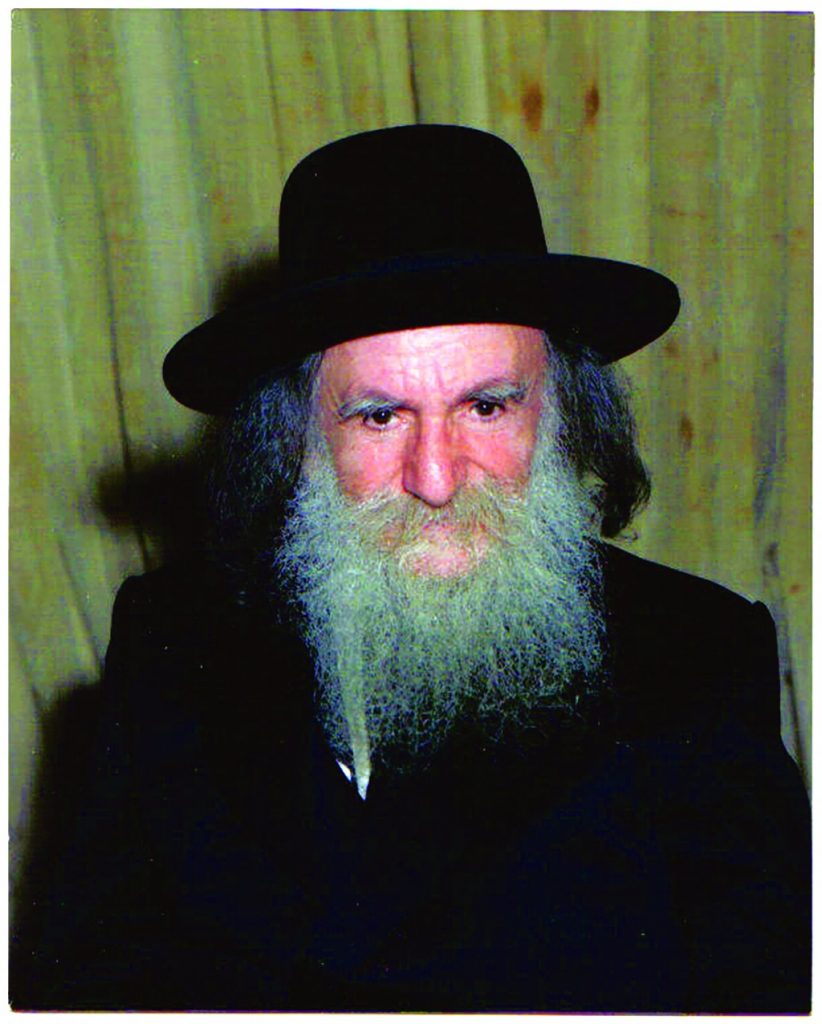 Three years later, when his grandfather, the Amshinover Rebbe, was niftar on 16 Kislev 5678/1917, his father was called to replace him as Rebbe in Amshinov, where the family then settled.

In his youth he was already known for his tzidkus. He learned from the older Chassidim and would fondly recall their words in his later years.

Reb Yitzchak married the daughter of Harav Yosef Landau of Zghierzh, a son of Harav Menachem Mendel of Strikov. Following his chasunah, Reb Yitzchak settled near his father-in-law, where he continued to learn.

His father, who suffered from a heart problem, moved to Otwotzk, just outside of Warsaw. Reb Yitzchak moved with his father.

On 3 Shevat 5696/1936, Rav Yosef was niftar, and was buried in Amshinov. Reb Yitzchak’s older brother, Rav Yaakov David, was chosen to be his father’s successor.

During the time he spent in Otwotzk, Reb Yitzchak became close to his uncle, Harav Shimon Shalom of Amshinov, his father’s brother.

When World War II broke out, Reb Yitzchak was in Otwotzk, and when he heard that his uncle, Reb Shimon Shalom, was already on a wagon out of the city, he raced out of the beis medrash and joined him.

They reached Vilna, which was still a safe haven under Lithuanian rule. But after the Russians overtook Vilna, Reb Yitzchak, together with the family of his uncle, joined the hundreds of bachurim in their flight from Russia to Shanghai, where they stayed until the end of the war.

In 5707/1947, Reb Yitzchak reached the shores of America; but his spirit, heart and soul remained in Poland, where he had lost his family, including his wife and only daughter.

In America, he first lived in the home of his uncle, Reb Shimon Shalom.

Before Shavuos of that year, Reb Shimon Shalom instructed Reb Yitzchak to open a beis medrash in Williamsburg. Many Chassidim gathered around him, including survivors who recalled Amshinov in Poland, and Chassidim who had arrived in America before the war. He became close with many of the leading American Rabbanim and Poskim of the time.

Before Pesach 5724/1964, the Rebbe relocated his court to Boro Park. Many sought his advice and brachos, as Reb Yitzchak was known as a po’el yeshuos.

The mittah was flown to Eretz Yisrael, where he was buried in Teveria, near the talmidim of the Baal Shem Tov, and his uncle Reb Shimon Shalom of Amshinov.

In 1776, the Revolutionary War Siege of Boston ended as British forces evacuated the city.

In 1868, the postage stamp canceling machine patent was issued.

In 1930, construction began on the Empire State Building in New York City.

In 1999, a panel of medical experts concluded that marijuana had medical benefits for people suffering from cancer.