In 5704/1944, Rabbi Shraga Feivel Mendlowitz founded Torah Umesorah, the National Society for Hebrew Day Schools. Though Jewish day schools existed at the time (the first full-time day schools were Etz Chaim, founded in 1888, and Rabbi Jacob Joseph School in 1900), the idea was generally rejected by American Jews who saw it as a step back to the European shtetl. Rabbi Mendlowitz, however, felt that “afternoon Hebrew schools” were failing to transmit Yiddishkeit in a compelling manner to students who arrived tired in the afternoons and were constantly subjected to assimilationist influences in American culture. He set out to create schools that emphasized Jewish studies, without compromising its secular studies program. 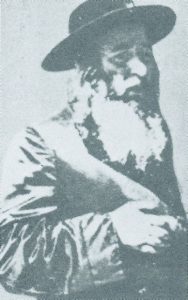 Harav Yaakov Elimelech Paneth was the son of Harav Yechezkel of Dezh. He was born in Ober Vishiva on 10 Kislev 5649/1888 and was taught by his father.

An exceptionally bright child, at the age of 14 he received semichah and served as assistant to his father, who was the Rav of a small town in Hungary. At 18 he received his official appointment as Rav.

He married the daughter of Harav Yaakov Shimshon Kanner, a descendant of the Chechov and Sanz dynasties.

In 5686/1926, Reb Yaakov Elimelech became Rav Hatza’ir of Dezh, where his father had been appointed Rav, and he also served as Rosh Yeshivah.

After the petirah of his father on 22 Kislev 5690/1929, Reb Yaakov Elimelech was appointed Rebbe of Dezh in his stead. He also served as Rosh Kollel of Kollel Ahavas Tzion of Transylvania.

Reb Yaakov Elimelech was renowned for his tzedakah; he even pawned the family’s jewels to be able to give tzedakah.

In 5703/1943, when the Nazis reached his region, Rav Yaakov Elimelech traveled to Budapest to try to redeem his sons from forced labor in Ukraine. He was offered a post as Rav in Budapest, but he chose to return to his own kehillah and be with them in their time of need.

His divrei Torah were published under the name Zichron Yaakov.

In 1793, the first republican constitution in France was adopted.

In 1939, the Southeast Asian country Siam changed its name to Thailand. (It went back to being Siam in 1945, then became Thailand once again in 1949.)

In 1940, France signed an armistice with Italy during World War II.

In 1948, Communist forces cut off all land and water routes between West Germany and West Berlin, prompting the Western allies to organize the Berlin Airlift.