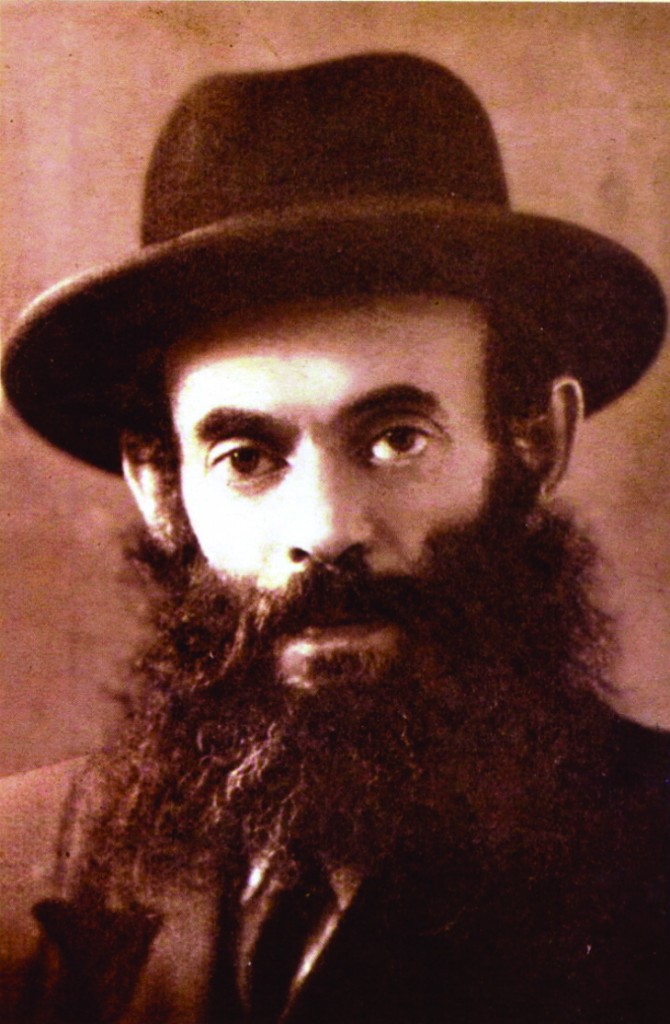 Harav Aharon Cohen was born in Nisan 5665/1905 in a small village near Kovno. His father, Harav Avraham Mordechai, the son of Harav Yosef, was known as the masmid of Eishishuk, after his hometown.

The Rosh Yeshivah, Harav Moshe Mordechai Epstein, chose Reb Aharon as a chassan for his daughter. The wedding took place in Chevron in 5689/1929. For the next five years, Reb Aharon sat and learned.

With the petirah of Harav Epstein on 10 Kislev 5694/1934, his son-in-law, Harav Yechezkel Sarna, replaced him as Rosh Yeshivah; Reb Aharon, the other son-in-law, served as his deputy.

For several decades, until his petirah, Reb Aharon was a leading maggid shiur in Yeshivas Chevron, which had moved to Yerushalayim following the pogrom of 5689/1929. He also gave mussar shmuessen.

On Erev Shabbos Parashas Behaalosecha, 18 Sivan 5721/1961, Reb Aharon was niftar at 56, and buried on Har Hamenuchos. He left no children. Some of his chiddushim on Torah and halachah were published under the title Beis Aharon.

In 1567, Mary, Queen of Scots, was imprisoned in Lochleven Castle in Scotland. (She escaped almost a year later but ended up imprisoned again.)

In 1911, IBM had its beginnings as the Computing-Tabulating-Recording Co. was incorporated in New York State.

In 1933, the National Industrial Recovery Act became law with President Franklin D. Roosevelt’s signature. (The Act was later struck down by the U.S. Supreme Court.)

The Federal Deposit Insurance Corp. was founded as President Roosevelt signed the Banking Act of 1933.

In 1963, the world’s first female space traveler, Valentina Tereshkova, 26, was launched into orbit by the Soviet Union aboard Vostok 6; she spent 71 hours in flight, circling the Earth 48 times before returning safely.

In 1978, President Jimmy Carter and Panamanian leader Omar Torrijos exchanged the instruments of ratification for the Panama Canal treaties.