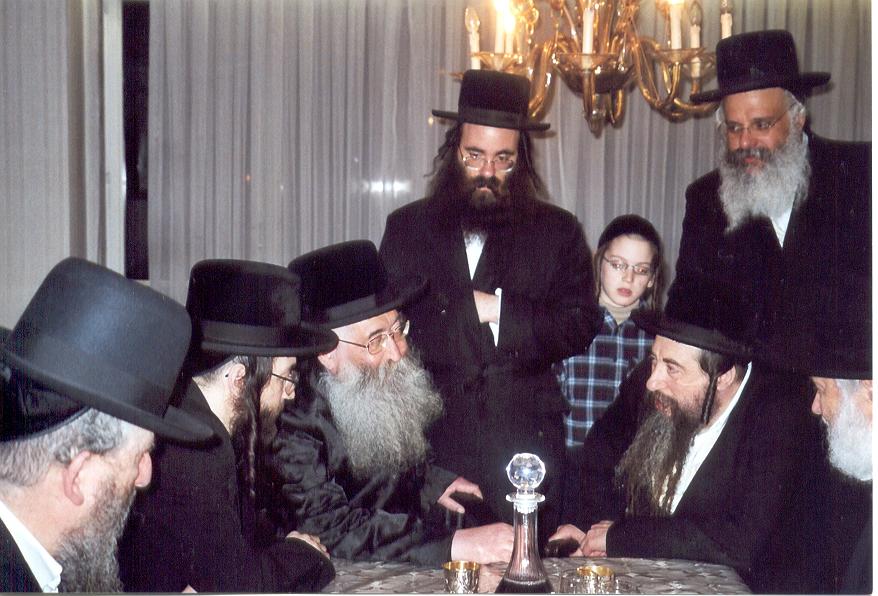 According to the Midrash, the talmidim of Rabi Akiva stopped dying, after 24,000 had perished.

Harav Alter Eliyahu was born on 17 Kislev 5707/1946, in Sighet, Romania. As a young child, he moved with his father, Harav Efraim Fishel Halevi Rubinstein, z”l, and his mother, a”h, to Eretz Yisrael, where they settled in Beit Gamliel.

Before his bar mitzvah he was a talmid of the Kretchenifer Rebbe, zy”a, in Rechovot, later continuing his studies in Kiryat Sanz, Netanya, under the Klausenburger Rebbe, zy”a, who recognized his talents and taught him personally. Indeed, he was considered a talmid muvhak of the Rebbe.

Rav Rubinstein married the daughter of Harav Yeshoshua Deutsch, zt”l, Rav of the Katamon section of Yerushalayim. The Klausenburger Rebbe was the shadchan. After his wedding, Rav Rubinstein, together with a select group of yungeleit, learned daily horaah shiurim with the Rebbe, who granted him semichah.

The Rav left many manuscripts of his chiddushim, including hundreds of halachic responsa.

In 5753/1993 he was appointed Rav of the Shomrei Hachomos kehillah in Ramat Shlomo, Yerushalayim, a position he filled until less than a year before his petirah, when he left to lead the Antwerp community.

In Sivan of 5764/2004, he was installed as Rav of Antwerp, succeeding Harav Chaim Kreiswirth, zt”l. During the short period he served that kehillah, he won their hearts. He took part in their joys and sorrows, his door was open to all who sought advice, and he expended great effort to attend community functions.

Rav Rubinstein was also known for steering clear of machlokes and preventing strife among Yidden.

On Shabbos Hagadol he addressed the kehillah in Antwerp regarding the difficulties local Yidden were having with parnassah, and exhorted the wealthy members of the community to help their less fortunate brethren.

During his last week, he gave a shiur on Sefiras Ha’omer to Antwerp yeshivah bachurim before their departure to Eretz Yisrael for the summer zman.

Significantly, during his final days, Rav Rubinstein mentioned a number of times that he wanted to be in Eretz Yisrael on Lag BaOmer. At 2 a.m., the night of Lag BaOmer, the Rav’s neshamah returned to Hashem.

He was buried on Har Hamenuchos.

In 1948, the Supreme Court, in Shelley v. Kraemer, ruled that covenants prohibiting the sale of real estate to blacks or to members of other racial groups were legally unenforceable.

In 1978, spam email was born as Gary Thuerk, a marketing executive for the Digital Equipment Corp. of Maynard, Massachusetts, transmitted an unsolicited sales pitch for a new line of computers to 400 prospective customers on ARPANET, a precursor to the internet. The stunt generated some business, as well as complaints.

In 1986, in NASA’s first post-Challenger launch, an unmanned Delta rocket lost power in its main engine shortly after liftoff, forcing safety officers to destroy it by remote control.