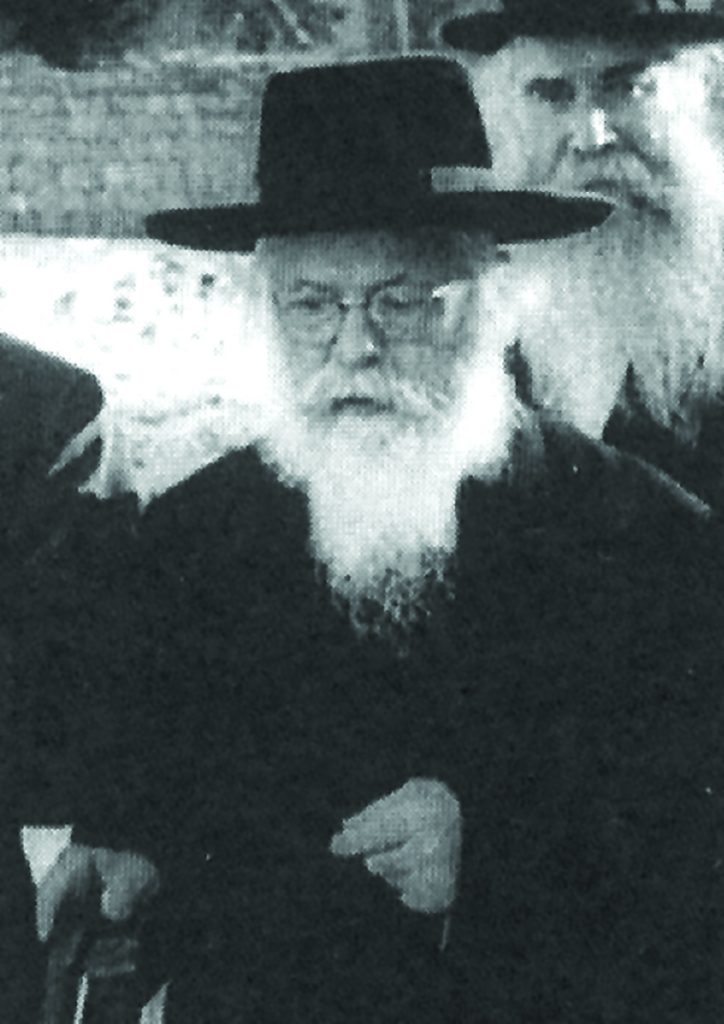 In 5699/1938, Hermann Goering announced plans for Madagascar as a home for European Jewry.

Rav Yaakov was born in Bohush on 25 Cheshvan, 5638/1877. At his bris, his father Rav Yitzchak of Bohush — son of Harav Shalom Yosef, the oldest son of the Ruzhiner Rebbe — announced that the baby was being named Yaakov, after Yaakov Avinu.

When Rav Yaakov was four, he was engaged to the young daughter of his cousin Rav Yisrael, Rebbe of Husyatin. They married thirteen years later, in 5655/1895, and continue to live at the Rebbe’s court in Husyatin.

Rav Yaakov was supported by his father-in-law both materially and spiritually. He became well versed in all facets of Torah and left thousands of notes in the margins of his vast library of sefarim.

Rav Yaakov stayed with his father-in-law until his petirah. In World War I they found refuge in Frankfurt-am-Main and then in Vienna, and in 5697/1937 they moved to Eretz Yisrael and settled in Tel-Aviv, where Rav Yaakov eventually succeeded his father-in-law, at his request, after his petirah on 29 Kislev, 5709/1948.

His son Rav Yitzchok related: “However, with time my father did in fact adopt almost all of my grandfather’s customs.”

During his last summer, after his heart attack, he was very weak and was ordered by his doctors to rest, and to stop exhausting himself with his excessive learning. Rav Yaakov ignored these orders completely. He even had the nurses put a desk in his hospital room so he could sit up and learn.

For years, he delivered maamarim without writing them down until, with great effort, Reb Mordechai Lichtman persuaded him to transcribe them. Even then, he preferred that they be published after his death and, with characteristic humility, wrote in his will, “If the manuscripts are found worthy of publication, they should be published.” These maamarim were published in Oholei Yaakov.

In 1876, the cigarette manufacturing machine was patented by Albert H. Hook.

In 1962, Republican Richard Nixon, having lost California’s gubernatorial race, held what he called his “last press conference,” telling reporters, “You won’t have Nixon to kick around anymore.”