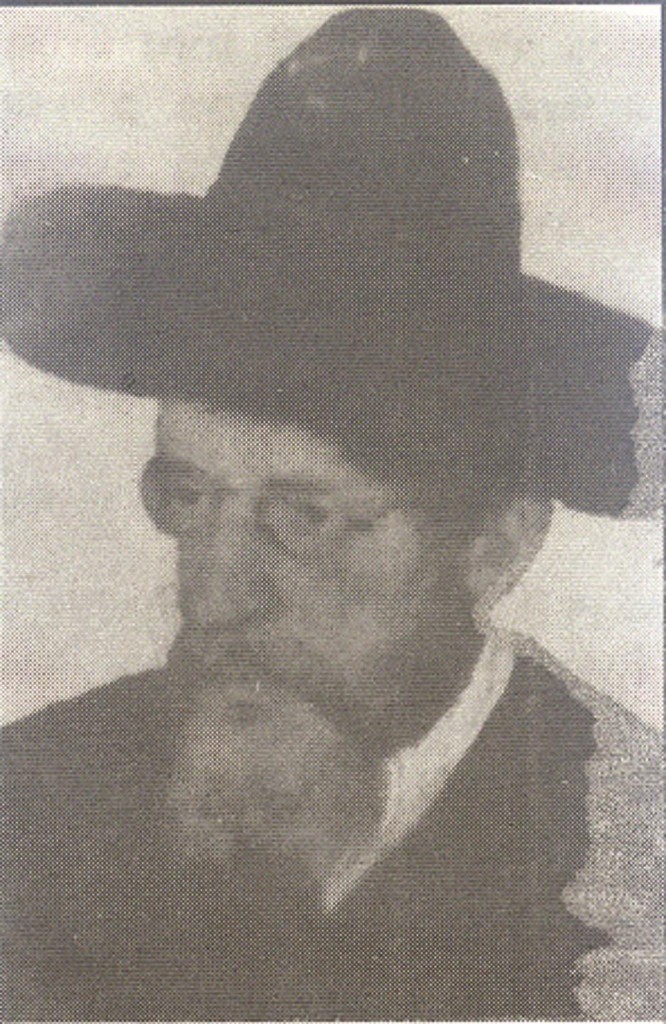 In 5689/1929, Arabs went on a rampage in Eretz Yisrael, killing 133 Jews and maiming hundreds of others, most of them in a massacre in Yeshivas Chevron, Hy”d. They also burned down many homes and burned and damaged sifrei Torah and tashmishei kedushah. The surviving Jews fled to Yerushalayim. The Kaf Hachaim records that without rachamei Shamayim the Arabs would have killed all the Jews in Israel.

Harav Tzvi Aryeh Twersky, born in 5550/1890, was the son of Harav Mordechai Yosef of Zlatipoli. In 5673/1913 he married the daughter of Harav Yisrael of Tchortkov and settled near his father-in-law.

With the advent of World War I, Reb Hershel, as he was fondly called, fled with his father-in-law to Vienna, along with many other Rebbes of the Ruzhin dynasties.

Following the petirah of his father on 26 Iyar 5689/1929, Reb Hershel was appointed Rebbe. He reluctantly accepted but remained in Vienna with his brothers-in-law, Harav Nachum Mordechai and Harav Dov Ber.

When the Nazis took over Austria, Reb Hershel was sent to the Dachau concentration camp together with his nephew, Harav Shlomo Friedman, son of Harav Mordechai Nachum. Following many miracles, they were both freed and able to make their way to Eretz Yisrael, settling in Tel Aviv.

Following the petirah of his nephew, Harav Shlomo, in Cheshvan 5619/1958, Reb Hershel was named Rebbe of the Tchortkover Chassidim as well.

He wrote the sefarim HaTov V’Hatachlis and Emunah V’Daas on Hashkafah.

The Zlatipoli-Tchortkov dynasty is being perpetuated by his only grandson, Harav Chaim Michoel Biberfeld, shlita, in London.

In 1848, the Oregon Territory was created.

In 1900, international forces, including U.S. Marines, entered Beijing to put down the Boxer Rebellion, which was aimed at purging China of foreign influence.

In 1944, the federal government allowed the manufacture of certain domestic appliances, such as electric ranges and vacuum cleaners, to resume on a limited basis.

In 1969, British troops went to Northern Ireland to intervene in sectarian violence between Protestants and Roman Catholics.

In 1980, workers went on strike at the Lenin Shipyard in Gdansk, Poland, in a job action that resulted in the creation of the Solidarity labor movement.

In 1989, South African President P.W. Botha announced his resignation after losing a bitter power struggle within his National Party.

In 1994, Ilich Ramirez Sanchez, the terrorist known as “Carlos the Jackal,” was captured by French agents in Sudan.