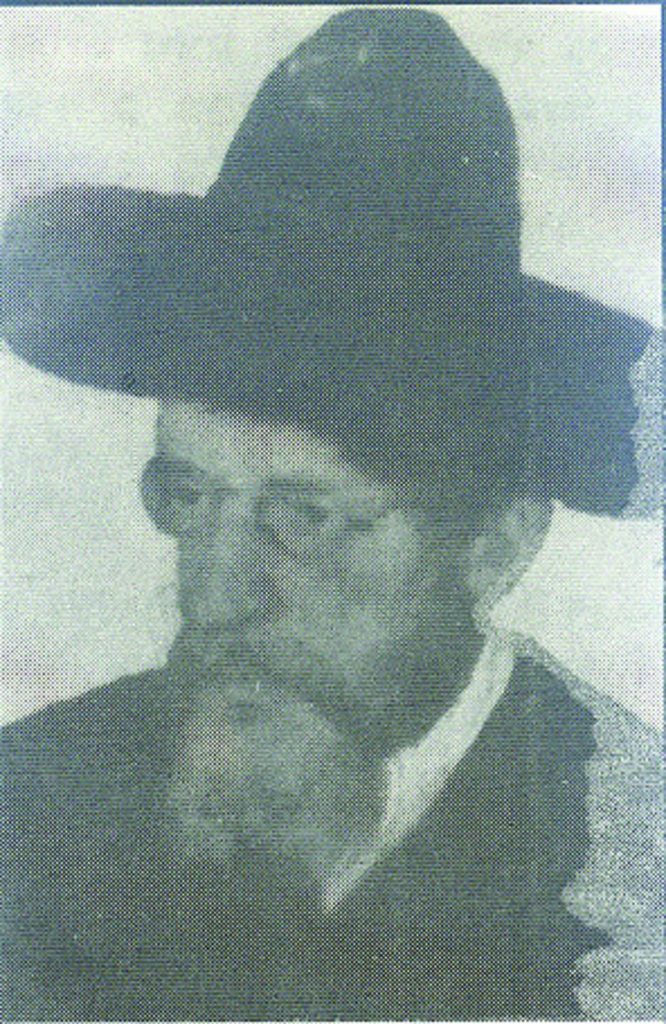 In 5689/1929, Arabs rampaged in Eretz Yisrael, killing 133 Jews and maiming hundreds of others, most of them in a massacre in Yeshivas Chevron, Hy”d. They also burned down many homes, and burned and damaged sifrei Torah and tashmishei kedushah. The surviving Jews fled to Yerushalayim. The Kaf Hachaim records that without rachamei Shamayim the Arabs would have killed all the Jews in Israel.

Harav Tzvi Aryeh Twersky was born in 5650/1890. His father was Harav Mordechai Yosef, Rebbe of Zlatipoli. In 5673/1913, he married the daughter of Harav Yisrael, the Rebbe of Tchortkov, and settled near his father-in-law.

With the advent of World War I, Reb Hershel, as he was fondly called, fled with his father-in-law to Vienna along with many other Rebbes of the Ruzhin dynasties.

Following the petirah of his father on 26 Iyar 5689/1929, Reb Hershel was appointed Rebbe. He reluctantly accepted, but remained in Vienna.

When the Nazis took over Austria, Reb Hershel was sent to the Dachau concentration camp together with his nephew Harav Shlomo Friedman, son of Harav Mordechai Nachum.

Following many miracles, they were both freed and able to make their way to Eretz Yisrael, settling in Tel Aviv.

In 1792, during the French Revolution, mobs in Paris attacked the Tuileries (TWEE-luh-reez) Palace, where King Louis XVI resided.

In 1846, the Smithsonian Institution was chartered by the U.S. Congress. The “Nation’s Attic” was made possible by $500,000 given by scientist Joseph Smithson.

In 1885, the first electric streetcar to be used commercially was operated in Baltimore, Md., by Leo Daft.

In 1913, the Treaty of Bucharest was signed, ending the Second Balkan War.

In 1949, the National Military Establishment was renamed the Department of Defense.

In 1962, the Herbert Hoover Presidential Library and Museum was dedicated in West Branch, Iowa, on the 88th birthday of the former president, who attended the ceremony along with former President Harry S. Truman.

In 1988, President Ronald Reagan signed a measure providing $20,000 payments to still-living Japanese-Americans who were interned by their government during World War II.