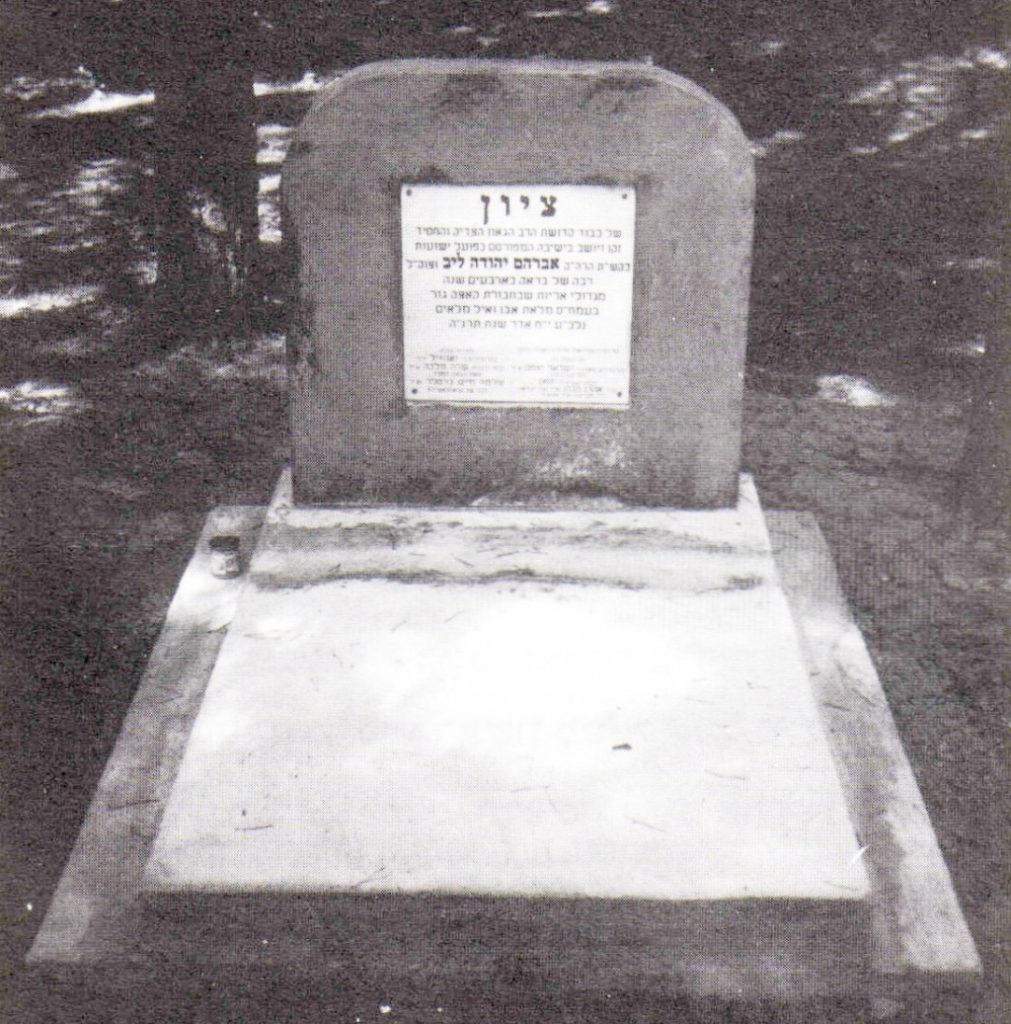 The Broker Rav was born in 5674/1814 in the city of Kutna. His parents were upright and pious Jews. While his parents suffered from poverty and could not afford extra candles, the young Avraham Leib remained determined; he would stand for many nights studying under the light of the moon.

During that time, Rav Moshe Aharon, a talmid of the Yehudi Hakadosh of Peshischa, resided in Kutna. He accepted only the best scholars. As soon as he met Avraham Leib, he accepted him into his yeshivah.

Avraham Leib was orphaned at a relatively young age, and Rav Moshe Aharon took him under his wing. His reputation reached countless ears and many desired him as their son-in-law. Reb Yosef, the naggid of Vishigrad, sought him for his sister who was an orphan. When they got engaged he promised support. After his chasunah, Rav Avraham Leib moved to his father-in-law’s home in Vishigrad.

Rav Avraham Leib became a chassid of the Kotzker Rebbe, Harav Menachem Mendel, zy”a, frequently visiting Tomashov, where the Rebbe resided. During the years of support by his brother-in-law he devoted himself entirely to avodas Hashem.

After the untimely passing of his brother-in-law, Rav Avraham Leib was forced to seek a source of income. Following his Rebbe’s advice, he accepted the rabbanus of the town of Brok where he opened a yeshivah and remained for the rest of his life.

Many Chassidim would come to him for brachos and yeshuos, but he continuously refused. Once he complained about this to the Sfas Emes. The Rebbe told him, “If one can do good for a Yid one must do it.” From then on he accepted kvitlach, at the behest of his Rebbe.

In 5545/1885 his first sefarim, Meluas Even on Even Haezer and Kuntres Yad Yosef, were printed without his name. In essence, Yad Yosef was a chibbur in memory of his father-in-law. After his passing, the sefer Ayil Miluim was printed, containing chiddushim on the Torah and moadim. Additionally, the Kuntres Talmid Lemishne was also printed, containing chiddushim on Mishnayos.

The Broker Rav was niftar at a ripe old age. He is buried in Brok; his matzeivah was recently found and reconstructed by his descendants.

In 1624, in the American colony of Virginia, the upper class was exempted from whipping by legislation.

In 1933, in German parliamentary elections, the Nazi Party won 44 percent of the vote. The Nazis joined with a conservative nationalist party to gain a slender majority in the Reichstag.

In 1946, Winston Churchill delivered his “Iron Curtain” speech at Westminster College in Fulton, Missouri, in which he said: “From Stettin in the Baltic, to Trieste in the Adriatic, an ‘iron curtain’ has descended across the continent, allowing police governments to rule Eastern Europe.”

In 1970, the Treaty on the Non-Proliferation of Nuclear Weapons went into effect after 43 nations ratified it.