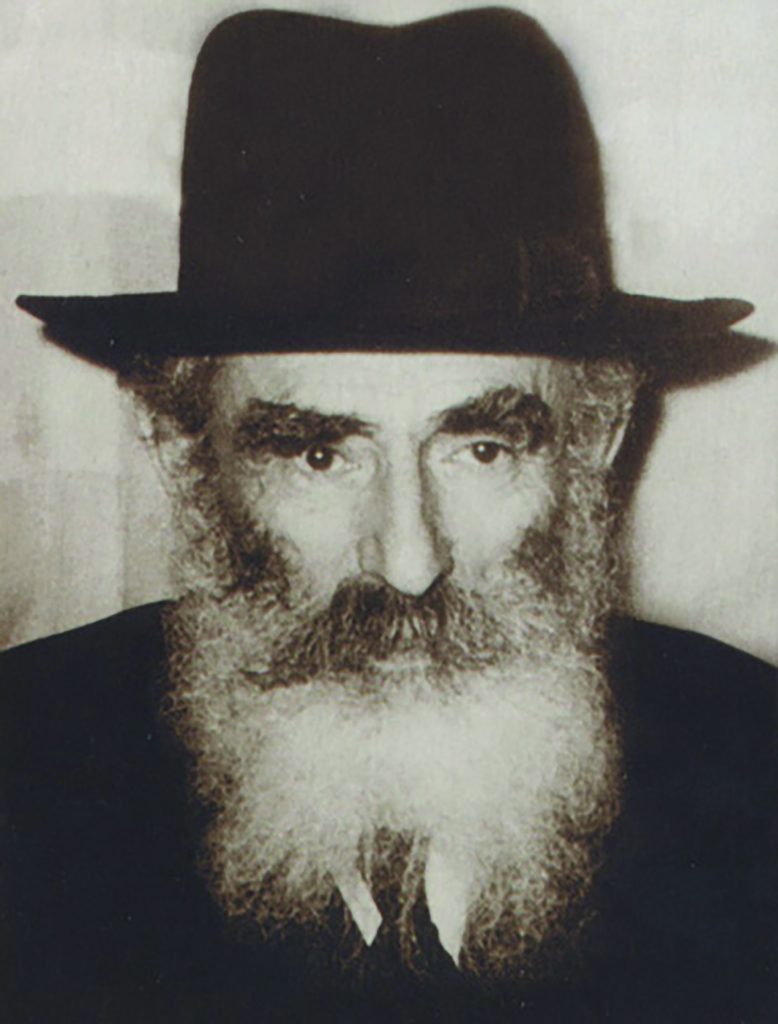 Harav Yechezkel Levenstein was born in Warsaw in 5645/1885. In his youth, Reb Chatzkel, as he was fondly known, spent two and a half years in Lomza, learning with great hasmadah, as those who knew him at the time later attested.

From Lomza he continued on to the great mussar yeshivah of Kelm, where he forged a close relationship with Harav Tzvi Hirsch Broide, son-in-law of the Alter of Kelm. In Kelm, Reb Yechezkel married his Rebbetzin, Chayah, who was an orphan.

In 5679/1919, during World War I, while Harav Yerucham Levovitz, zt”l, was serving as its Mashgiach, the Mirrer Yeshivah was exiled from Mir, Poland, to Russia and then to Vilna, returning to Mir only after the war’s end. Reb Yerucham, however, did not return then.

At this time, Reb Chatzkel, who was learning as an avreich in Mir, was asked by the Rosh Yeshivah, Harav Eliezer Yehudah Finkel, to serve as Mashgiach until Reb Yerucham returned. Upon Reb Yerucham’s return to Mir in 5684/1924, he was highly impressed with Reb Chatzkel’s success in guiding the bachurim.

After a short time he was invited to join the staff of Yeshivas Lomza in Petach Tikvah, which was headed by Harav Reuven Katz. Reb Chatzkel traveled to Eretz Yisrael to serve as Mashgiach in the yeshivah. This was in 5695/1935, a few years before World War II.

When Reb Yerucham was niftar, on 18 Sivan 5697/1937, the heads of the yeshivah asked Reb Chatzkel if he would agree to return and serve as Mashgiach in Mir. Reb Chatzkel consented to return, hoping to continue the dissemination of his Rebbe’s teachings in Mir. He was with the yeshivah when it was transplanted to Shanghai during World War II.

In 1949, after two years of toil, the Mashgiach went to Eretz Yisrael with his daughter and son-in-law Harav Reuven Ginsburg, together with their young family, as well as two of his talmidim, Harav Reuven Melamed and Harav Moshe Bernstein.

After the petirah of Harav Eliyahu Eliezer Dessler, Reb Chatzkel was asked by the Ponevezer Rav to serve as Mashgiach in Yeshivas Ponevez, where he spent the next 20 years.

Many of his shmuessen were arranged and published as Ohr Yechezkel.

In 1802, President Thomas Jefferson signed a measure authorizing the establishment of the U.S. Military Academy at West Point, New York.

In 1935, Adolf Hitler decided to break the military terms set by the Treaty of Versailles by ordering the rearming of Germany.

In 1945, during World War II, American forces declared they had secured Iwo Jima, although pockets of Japanese resistance remained.