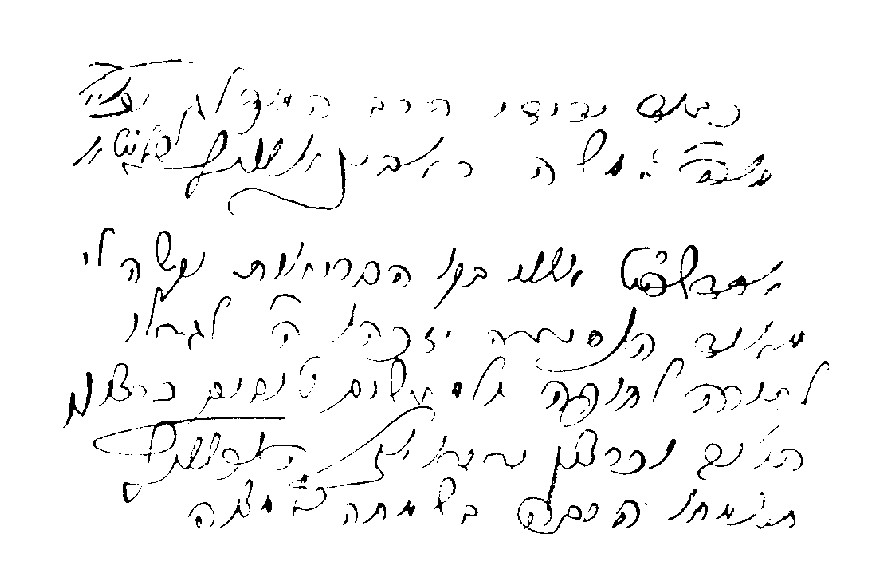 Harav Yosef Yoizel Horowitz was born in 5608/1848 in the Lithuanian town of Plongian, to Harav Shlomo Zalman Horowitz, who served as a Dayan in the town. He had a tremendous amount of energy, which he utilized for avodas Haborei, learning and davening with vigor. At his father’s behest, at the young age of 16, he became a Maggid Shiur for the young bachurim of the town.

He married the daughter of Harav Yaakov Stein, a highly respected layman and talmid chacham, who promised to support the couple. Unfortunately, his future father-in-law was niftar before the chasunah, leaving behind a widow and many orphans without means of support. With no choice, after his chasunah, Rav Yosef Yoizel involved himself in his late father-in-law’s business.

Rav Yosef Yoizel’s business deals took him to various countries, some of them quite far. Once in Memel, he met Harav Yisrael Salanter, zt”l. Rav Salanter explained to Rav Yosef Yoizel the principles of mussar. From that point on, Rav Yosef Yoizel removed himself from all things materialistic. Giving up his business, he devoted himself totally to the study of Torah.

During that period he spent at least 18 hours a day studying Shas and Poskim — standing most of the time.

After a while, Rav Yosef Yoizel brought his wife and children to Kovno, where he continued his rigorous study schedule. A short time later his wife was tragically niftar, leaving behind a large family. For a year-and-a-half, Rav Yosef Yoizel did not come out of his room, serving Hashem with total devotion.

In 5654/1894, he began to visit the Alter of Kelm, Harav Simcha Zissel Ziv, zt”l, in Kelm’s beis hamussar. Rav Simcha Zissel persuaded Rav Yosef Yoizel that all those capable of influencing others should make an all-out effort to counteract the destructive influences of the haskalah movement.

The first kollel Rav Yosef Yoizel founded was in Lubatch, a city near Novardok. He then went on to establish a network of kollelim in 20 Polish and Russian towns.

Rav Yosef Yoizel founded the famed Yeshivas Novardok and served as its Rosh Yeshivah and Mashgiach. He also established many branches of the yeshivah, including yeshivos ketanos and kollelim.

To this day, Harav Yosef Yoizel is respectfully referred to in the Torah world as Der Alter fun Novardok.

In 1876, the Stillson wrench was patented by D.C. Stillson. The device was the first practical pipe wrench.

In 1933, national Prohibition came to an end as Utah became the 36th state to ratify the 21st Amendment to the Constitution, repealing the 18th Amendment.

In 1945, five U.S. Navy torpedo bombers mysteriously disappeared after taking off on a training mission from Fort Lauderdale, Florida, with the loss of all 14 crew members. “The Lost Squadron” contributed to the legend of the Bermuda Triangle.