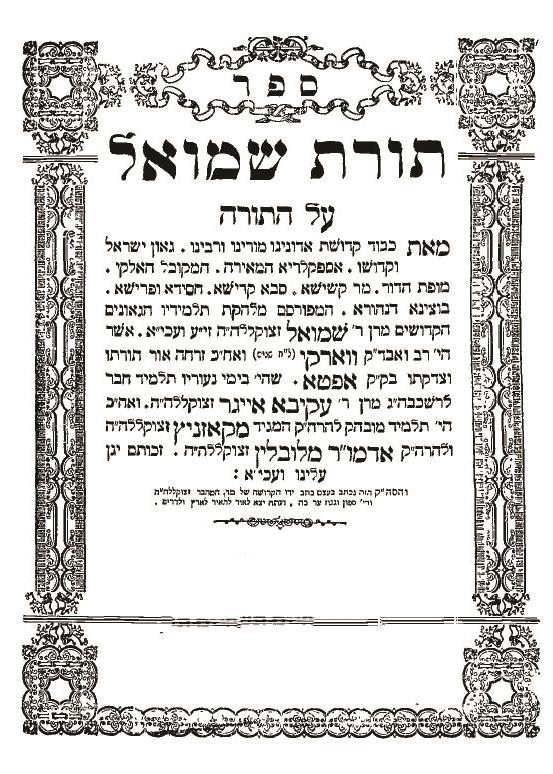 The Ner Maaravi (Western Lamp) of the Menorah in the Beis Hamikdash was extinguished during the reign of King Achaz (Shulchan Aruch Orach Chaim 580:2). According to others, the date is 18 Av. A taanis tzaddikim on both days commemorates the event (see Mishnah Berurah).

In 5649/1889, 120 Jewish families arrived in Buenos Aires, establishing the Jewish community there.

Born in 5514/1756, Harav Shmuel Eibschutz was the son of Harav Naftali Hertz, related to Harav Yonasan Eibschutz, and a descendant of the Megaleh Amukos.

Reb Shmuel learned under Harav Akiva Eiger for a number of years.

After settling in Vorka, he was attracted to the ways of Chassidus and traveled to the court of the Maggid of Kozhnitz. As was customary among Chassidim, they didn’t wear woolen clothes because it was possible that they contained shaatnez, an issur d’Oraisa. Reb Shmuel, who came from a non-Chassidic background, wore woolen clothing, but upon joining the Chassidim, he changed to silk garments.

Later, in Posen, he met Harav Akiva Eiger, who asked him why he wore silk and not wool. Reb Shmuel explained the opinion of the Chassidim. At once, Harav Eiger ripped off his woolen garment, exclaiming that he was shocked that he hadn’t thought of this issue himself. It is related that Reb Akiva Eiger stood there, waiting until he was brought new garments free of any halachic issues.

Reb Shmuel also went to the court of the Chozeh.

His sons were Reb Berish, Rav in Zelichov; Reb Efraim, Rav in Piaseczna and Sulifa; Reb Mordechai; and Reb Simchah. Among his famous talmidim were Harav Yissachar Ber of Radoshitz and Harav Yaakov Aryeh of Radzimin, who grew up in Reb Shmuel’s home.

From the many manuscripts of his chiddushim, only the one on Torah was published, under the name Toras Shmuel. His chiddushim on Shas were never published, except those on the sugya of Kavsah in maseches Shabbos, which were printed at the back of Toras Shmuel. The sefer was highly regarded by many of the generation’s Gedolim and received many glowing haskamos.

In 1814, the Cape Colony in southern Africa was ceded by the Dutch to Britain.

In 1846, the American flag was raised for the first time in Los Angeles.

In 1910, Florence Nightingale, the founder of modern nursing, died in London at age 90.

In 1961, East Germany sealed off the border between Berlin’s eastern and western sectors and began building a wall that would stand for the next 28 years.

In 1981, in a ceremony at his California ranch, President Ronald Reagan signed a historic package of tax and budget reductions.