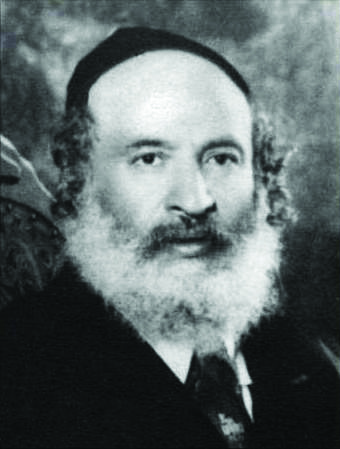 In 5564/1803, the Chayei Adam, although injured, survived a blast, establishing the day as a Yom Tov for himself and his descendants.

In 5653/1892, Hermann Ahlwardt was elected to the German Reichstag, marking the beginning of political anti-Semitism in Germany.

Harav Shaul Yedidyah Elazar Taub, zy”a, was born on Hoshana Rabbah (21 Tishrei) 5647/1886 in Osherov, in the Radom district of Poland. His father was Harav Yisrael, zy”a, the Divrei Yisrael of Modzhitz.

Rav Shaul was already noted in his early years for greatness in Torah. Like others of the Modzhitzer dynasty, he was also known for his musical talent. He created lengthy, intricately structured musical compositions. He thought in terms of instrumental colorations, often suggesting that accompaniment of strings, winds and horns would enhance his niggunim.

Rav Shaul loved Eretz Yisrael. All his life his soul was drawn to it, and he wished to settle there. He visited Eretz Yisrael three times and always planned to stay.

After the petirah of his father on 13 Kislev 5681/1920, Rav Shaul Yedidyah was appointed Rebbe. He led his Chassidim in Otwock, Poland, where he built his beis medrash.

With the outbreak of World War II, the Rebbe was one of those who fled to the Russian border. For Rosh Hashanah 5700/1939, the Rebbe was in Chelm. He traveled to Vilna in Lithuania, and then through Russia to Japan. Eventually, with the help of some Modzhitzer Chassidim, he and family members reached the shores of America in San Francisco in 1940, and then moved to Brooklyn, New York, where he helped rebuild the Modzhitzer Chassidus.

His fourth and last trip to Eretz Yisrael took place in 5708/1947; he fully intended to settle there this time. But Hashem had other plans…He became ill and was niftar on Shabbos Parashas Vayishlach, 16 Kislev 5708/1947. This was the very day that the U.N. passed its partition plan for “Palestine.”

The Rebbe was the last person buried on Har Hazeisim until after the Six-Day War. A matzeivah could not be put on his kever until 1967, 20 years later.

His divrei Torah have been collected and published as Imrei Shaul and Yisa Brachah.

He was succeeded by his oldest son, Harav Shmuel Eliyahu Taub, zy”a. His other sons were Harav Yechezkel, Harav Yitzchak, Harav Yisrael, and Harav Dovid. He also had two daughters.

In 1867, the National Grange of the Order of Patrons of Husbandry, also known as The Grange, was founded in Washington, D.C., to promote the interests of farmers.

In 1942, President Franklin D. Roosevelt ordered the dismantling of the Works Progress Administration, which had been created to provide jobs during the Depression.