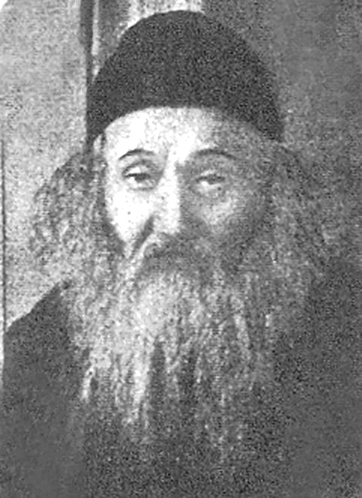 In 5564/1803, the Chayei Adam’s life was spared in a blast (although he was injured), establishing the day as a Yom Tov for himself and his descendants.

In 5653/1892, Hermann Ahlwardt was elected to the German Reichstag, marking the beginning of political anti-Semitism in Germany.

In 5638/1878, at the age of 18, Reb Menachem succeeded his father as Rebbe. The Chassidim accepted him wholeheartedly and he dedicated himself completely to their wellbeing. Reb Menachem was moser nefesh for tzorchei hatzibbur. He led his flock with the unique Vorka style of ahavas Yisrael.

Every Shabbos evening, before Kiddush, Reb Menachem would cover his eyes for a while, and when he removed his hand, his eyes would be full of tears. Reb Yitzchak of Amshinov, zy”a, explained that Reb Menachem had been doing teshuvah in preparation for saying Vayechulu, which is called eidus (testimony). He wanted to be a kosher witness.

When Reb Moshe Wishkovski was due to be drafted into the Russian army, his father took him to the Amshinover Rebbe, Reb Menachem, for a yeshuah that he be exempted. Reb Menachem called Reb Moshe over to his desk and asked him to read from a Chumash that was lying there. But before Reb Moshe could begin to read, the Rebbe closed the sefer and declared, “You can’t see anything — so why are you afraid of them?”

Reb Moshe and his father trusted the Rebbe completely, believing that this very peculiar exchange would help them somehow.

Shortly afterward, Reb Moshe dutifully appeared at the draft office for enlistment and was examined by the army doctor, as required. The doctor barely laid eyes on him before shouting, “Get out of here, fast! The glorious army of the Russian czar has no use for blind people!”

Reb Moshe was hustled out of the enlistment office with an exemption notice and a clear understanding of the Rebbe’s miraculous words.

During World War I, he moved to the relative safety of Warsaw, where he worked tirelessly for the many Jewish refugees who filled the city.

Reb Menachem of Amshinov was niftar Friday night, 16 Kislev 5678/1917, and was buried in Warsaw. At his levayah, the Imrei Emes was heard to say, “He was of the shiyurei Knesses Hagedolah (remnants of the Great Assembly).”

In 1773, the Boston Tea Party took place as American colonists boarded a British ship and dumped more than 300 chests of tea into Boston Harbor to protest tea taxes.

In 1907, 16 U.S. Navy battleships, which came to be known as the “Great White Fleet,” set sail on a 14-month round-the-world voyage to demonstrate American sea power.

In 1944, the World War II Battle of the Bulge began as German forces launched a surprise attack against Allied forces through the Ardennes Forest in Belgium and Luxembourg. (The Allies were eventually able to turn the Germans back.)

In 1976, the government halted its swine flu vaccination program following reports of paralysis apparently linked to the vaccine.