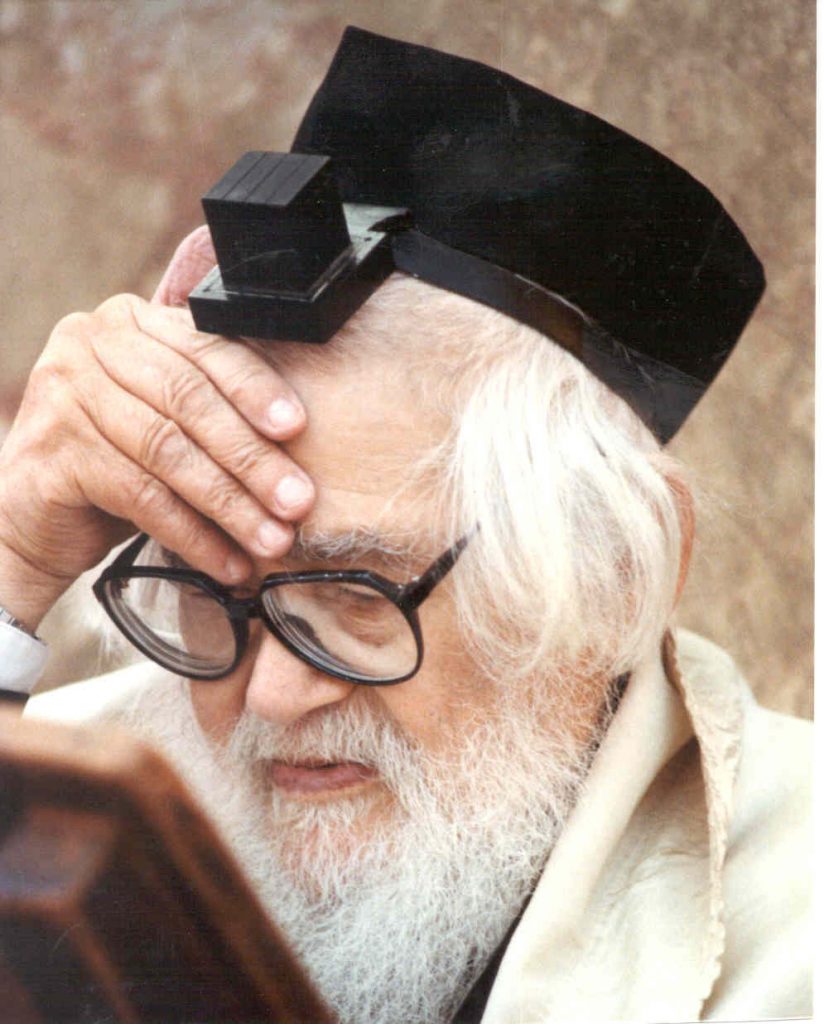 In 5710/1949, Operation Magic Carpet (airlifting Yemenite Jews to Israel) began. Most were forced to abandon their parents’ mesorah and were brainwashed into living a secular lifestyle.

Young Elazar Menachem began his chinuch under a local melamed, who soon recognized his student’s extraordinary potential. When he turned seven, the melamed advised his family to send the youngster to yeshivah, as he had learned all he knew.

The boy was sent to the yeshivah in the nearest city, Ponevez, where he became a ben bayis in the home of his Rebbi, Harav Itzele Rabinowitz of Ponevez, zt”l.

Harav Shach learned in Ponevez for the next six years, entirely shut away from the world. When he reached bar mitzvah, he traveled to Slutzk to try to gain admission to its well-known yeshivah, Knesses Yisrael, then headed by Harav Isser Zalman Meltzer, zt”l, later Rosh Yeshivah of Etz Chaim in Yerushalayim.

When World War I broke out, only Harav Shach remained in yeshivah, continuing to learn with the same diligence as before, despite the lack of food and clothing.

After the war, Harav Isser Zalman arranged a shidduch for Harav Shach with his niece, Gittel, daughter of Harav Benzion Gilmuvski, zt”l. His Rebbetzin worked to support them while Harav Shach continued to learn under Harav Isser Zalman, first in Slutzk and then in Kletzk. Later, when the Kletzk yeshivah came under the direction of Harav Aharon Kotler, zt”l, the latter encouraged Harav Shach to begin delivering shiurim. Soon the “Vabolniker,” as Harav Shach was called, became known as one of Lithuania’s star lamdanim.

The outbreak of World War II sent Harav Shach wandering from town to town with his Rebbetzin and their two children in search of refuge. A relative of Harav Kotler procured visas to America, while Harav Isser Zalman, who had already moved to Yerushalayim, got him visas to Eretz Yisrael. They chose the latter.

In 1940, after much hardship, they reached Rosh Hanikrah.

They settled in the Geulah section of Yerushalayim. Harav Yosef Shlomo Kahaneman, zt”l, offered Harav Shach a post as Rosh Yeshivah of his new yeshivah in Bnei Brak, Yeshivas Ponevez, named after the city in which Harav Kahaneman had been Rav. Harav Shach fulfilled this role with superhuman dedication for over 50 years.

Rav Shach was niftar at the remarkable age of 104.

In 1870, the first U.S. trademark was given to the Averill Chemical Paint Company of New York City.

In 1910, “America the Beautiful,” with words by Katharine Lee Bates and music by Samuel A. Ward, was first published.

In 1955, the microwave oven, for home use, was introduced by The Tappan Company.

In 2001, a day after the House signed on, the Senate sent President Bush the USA PATRIOT Act, a package of anti-terror measures giving police sweeping new powers to search people’s homes and business records secretly and to eavesdrop on telephone and computer conversations.