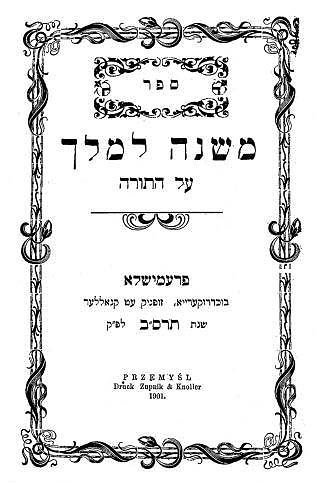 In 3414, Ezra HaSofer left Bavel to go up to Yerushalayim. He left from the Euphrates River (Nehar Peras) and arrived in Yerushalayim 15 days later.

When he was just 10 years old, Elazar lost both his father, who was niftar on 19 Teves 5609/1849, and his mother, Rebbetzin Kreindel. Harav Dovid of Dinov, zt”l, the Tzemach Dovid, took the young orphan into his home, along with a sister — who later married Harav Avraham Shmuel Alter Lamm, Rav of Zalkwa, zt”l — and he cared for them for a period of eight months. From there, Rav Elazar moved on to the home of Harav Chaim of Sanz, the Divrei Chaim, zy”a.

In the holy court of Sanz, Rav Elazar, under the watchful eye of the Divrei Chaim, grew steadily in Torah and yiras Shamayim.

When Rav Elazar was relatively young, he was already given semichah by Gedolim of the generation, most notably Harav Chaim Elazar Wachs, the Nefesh Chayah, zt”l. This was, of course, thanks to the great strengths that the Divrei Chaim endowed him with.

In 5612/1852, the Divrei Chaim married Rav Elazar off to his granddaughter, Rebbetzin Breindel, the daughter of his son, Harav Dovid of Kshanov. After the Divrei Chaim’s petirah on 25 Nisan 5636/1876, he moved to Bukovsk, where he was appointed Rav. At this stage, his father’s chassidim anointed Rav Elazar as their Rebbe. Later, Rav Elazar settled in Pshevorsk.

Eventually, the kehillah of Reisha, a leading community in Galicia, invited Elazar to move his court there, which he did.

Although he was known as a poel yeshuos, Rav Elazar himself was not zocheh to have children (the Sanzer Rebbe had promised him otherwise). Forty years after his marriage, his father came to him in a dream, telling him to divorce and remarry, and he would subsequently merit a child. He did so.

His zivug sheini was Rebbetzin Chayah, who was the daughter of Harav Chaim Yonah Heilperin, zt”l, Rav of Reisha. Towards the end of his life Rav Elazar had his only daughter, Kreindel Finkel. She married Harav Shlomo Horowitz, Hy”d. This son-in-law became Rav of Reisha after the petirah of Rav Elazar.

In 1635, the French colony of Guadeloupe was established in the Caribbean.

In 1894, the U.S. Congress made Labor Day a national holiday.

In 1902, the U.S. Congress passed the Spooner bill, authorizing a canal to be built across the Isthmus of Panama.