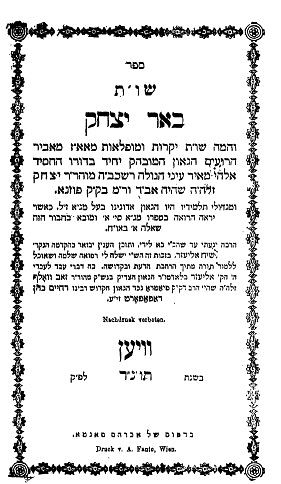 This day is a Yom Tov as cited in Megillas Taanis because on this date the residents of Beis Shaan and Bikasa, who aided the enemies of Klal Yisrael, the Yevanim, were exiled from their homes by the Chashmona’im.

In 4859/1099, the Crusaders laid siege to Yerushalayim. As they conquered the city, the Crusaders massacred almost the entire population of Yerushalayim, including its Jews. The reign of the Christians lasted until 4947/1187. When it ended, it prompted additional Crusades.

In 5687/1927, the sixth Lubavitcher Rebbe, Harav Yosef Yitzchak Schneerson, zt”l, was arrested by agents of the Soviet secret police for disseminating Jewish learning and encouraging observance throughout the Soviet Empire. The Rebbe was held and tortured in prison and then sent to Kastroma, a prison camp, until his ultimate release on 12 Tammuz.

His release was achieved by the intense hishtadlus of chassidim. Two years later, the Rebbe fled Russia and traveled to America. When WWII broke out, he was in Warsaw. He was saved and returned to America,
where he rebuilt Lubavitcher Chassidus.

In 5742/1982, Israeli forces crossed into Lebanon to destroy PLO bases. Named “Operation Peace for Galilee,” the mission’s aim was to drive out the terrorists. In 5743/1983, Lebanon’s President, Amin Gemayel, signed a peace treaty with Israel. A year later, Syria forced Gemayel to renege on the agreement. The war continued as the IDF captured Beirut and surrounded Yasser Arafat and his co-terrorists. The war ended in 5745/1985 when Israel was forced to withdraw. A total of 1,216 Jewish lives were lost. Hy”d.

Harav Yitzchak of Posen was the son of Harav Avraham and the son-in-law of the Rosh Yosef.

Initially, Harav Yitzchak served as Rav in Loitsk. He then moved to Vilna, replacing Harav Moshe, the Chelkas Mechokek, as Rav. Later he was appointed Rav in Posen, replacing Harav Sheftel Horowitz, the son of the Shelah Hakadosh.

In Posen, Harav Yitzchak founded his yeshivah and answered the many she’eilos he was sent; these were later published as She’eilos U’Teshuvos Be’er Yitzchak. In his time, he was seen as the posek hador. Despite being held in such high esteem by all of the Gedolei Hador, Harav Yitzchak wrote his teshuvos and would pasken very humbly.

His yeshivah attracted hundreds of bachurim. The most famous among them was Harav Avraham Abali, the Magen Avraham, who quotes Harav Yitzchak numerous times in his work on Shulchan Aruch.

Harav Yitzchak served as the head of the Vaad Arba Aratzos. In 5443/1683, he agreed to the printing of Maginei Zahav, which answered the questions of the Nekudos Hakesef on the Turei Zahav.

Harav Yitzchak was niftar on 15 Sivan 5449/1689. His son was Harav Yaakov of Posen, a talmid chacham and a parnas. Harav Yitzchak’s son-in-law was Harav Fishel of Ladmor.

In 1886, King Ludwig II of Bavaria drowned in Lake Starnberg.

In 1942, the first of two four-man Nazi sabotage teams arrived in the United States during World War II. (The eight were arrested after one of them went to U.S. authorities; six of the saboteurs were executed.)

In 1957, the Mayflower II, a replica of the ship that brought the Pilgrims to America in 1620, arrived at Plymouth, Massachusetts, after a nearly two-month trip from England.

In 1966, the Supreme Court ruled in Miranda v. Arizona that criminal suspects had to be informed of their constitutional right to consult with an attorney and to remain silent.

In 1971, The New York Times began publishing excerpts of the Pentagon Papers, a secret study of America’s involvement in Vietnam from 1945 to 1967 that had been leaked to the paper.

In 1983, the U.S. space probe Pioneer 10, launched in 1972, became the first spacecraft to leave the solar system as it crossed the orbit of Neptune.

In 1993, Canada’s Progressive Conservative Party chose Defense Minister Kim Campbell to succeed Brian Mulroney as prime minister; she was the first woman to hold the post.

In 1996, the 81-day-old Freemen standoff ended as 16 remaining members of the anti-government group surrendered to the FBI and left their Montana ranch.