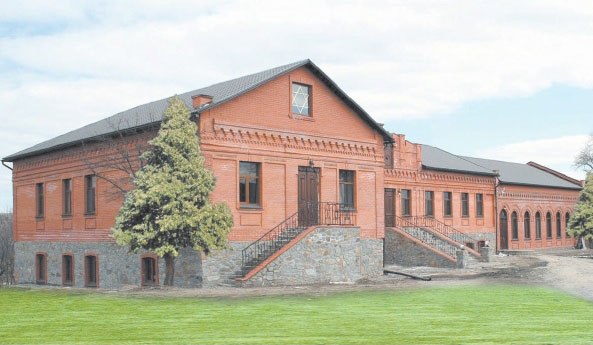 Reb Dovid Twersky was born on 14 Nisan 5608/1848. His father, Reb Yitzchak of Skver, was a son of the Maggid of Chernobyl. Reb Dovid’s mother was a great-great-granddaughter of the Baal Shem Tov through his son Reb Tzvi, after whom her father, Reb Tzvi of Skver, son of Reb Uren of Titiov, was named.

Reb Dovid would sit in his room most of the day, occupied with avodas Hashem. Once a month he made a siyum on the six sidrei Mishnah.

When his father, Reb Yitzchak, was niftar, in 5645/1885, Reb Dovid began to lead his father’s flock in Skver. His influence soon spread throughout the Ukraine, Podolia and Bessarabia, and even to far-off Lithuania, where he would frequently journey.

After his home in Skver was devastated by a fire early in 5658/1898, he settled temporarily in Chmielnik. A year later he returned to Skver.

In the summer of 5679/1919, bands of peasants terrorized the town, murdering many Jews and pillaging their homes. Reb Dovid’s family urged him to leave Skver and move to Kiev. At first he hesitated to leave his hometown. However, the situation soon deteriorated, so he relented and made the move.

Reb Dovid fared no better in Kiev. Terrible poverty and rampant epidemics claimed the lives of many of his children and grandchildren. He himself grew extremely weak, and on Motzoei Shabbos, the eve of 15 Kislev 5680/1919, he returned his pure soul to Heaven. He was brought to kevurah in the old Kiev cemetery. But in 5682/1922 the Russians began to destroy the old cemetery, and a group of Chassidim reburied him in the new cemetery in Kiev called the Berkavtza Beis Almin.

At that time, due to fear of the communists, no ohel was erected over his kever. Only recently, in 5749/1989, did Skverer Chassidim build a beautiful ohel at the site.

In 1791, the Bill of Rights, the first 10 amendments to the U.S. Constitution, went into effect following ratification by Virginia.

In 1814, the “Hartford Convention” began as New England Federalists opposed to the War of 1812 secretly gathered in the Connecticut capital. (America’s victory in the Battle of New Orleans and the war’s end effectively discredited the Convention.)

In 1995, European Union leaders meeting in Madrid, Spain, chose “euro” as the name of the new single European currency.

In 2001, the Leaning Tower of Pisa, Italy, was reopened to the public after a $27-million realignment that had dragged on for over a decade.