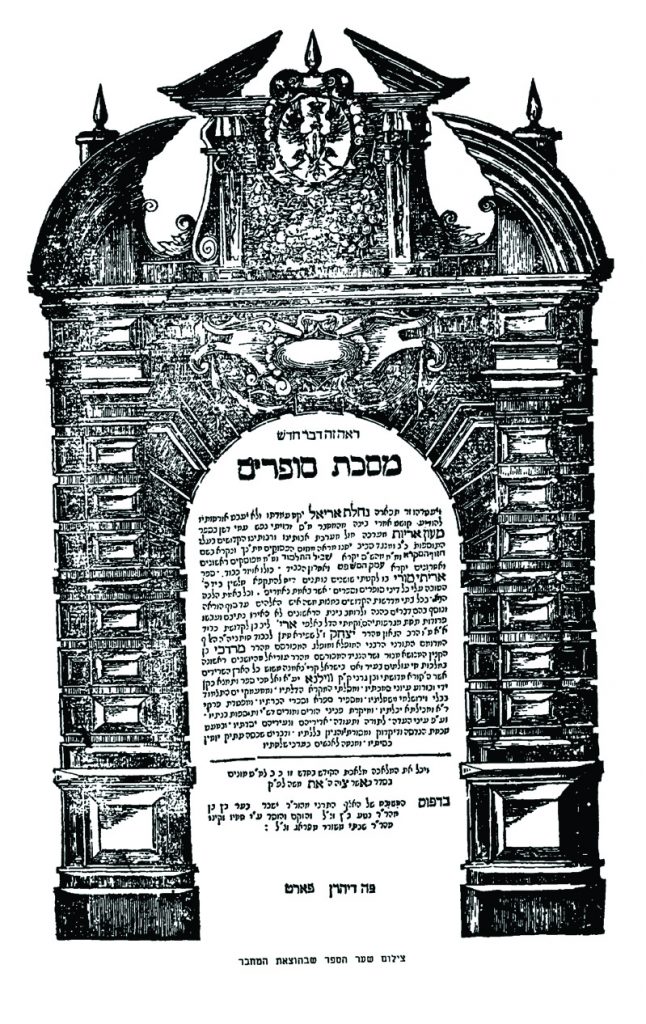 In 2448, the supply of matzos that the Jews had brought with them from Egypt was exhausted. When they complained to Moshe Rabbeinu that they had nothing to eat, Hashem notified them that He would rain down “lechem min haShamayim” to sustain them, alluding to manna, which began falling one day later.

In 5487/1727, Empress Catherine I of Russia expelled the Jews from the Ukraine.

Harav Aryeh Leib Shapiro was born in 5461/1701. His father, Harav Yitzchak, zt”l, the mechaber of Elef Hamagen, was niftar on 25 Adar 5471/1711, in Lvov, when he was just nine years old. His mother raised him and encouraged him to strengthen himself and continue in his learning. She unfortunately also passed away before Rav Aryeh Leib married.

Rav Aryeh Leib traveled to learn in Lithuania. He married and settled in Vilna, where his father-in-law supported him.

At the age of 21, Rav Aryeh Leib undertook an innovative project: to compile a commentary on Maseches Sofrim — on the halachos of writing safrus — which was one of the least learned and most overlooked masechtos. He wrote two commentaries: Nachalas Ariel, based on pshat, and Maon Arayos, a commentary based on pilpul.

The Chida quotes these works in his Shem Hagedolim, and lavishes much praise on them.

In 1789, George Washington took the oath of office in New York as the first president of the United States.

In 1803, the United States purchased the Louisiana Territory from France for 60 million francs, the equivalent of about $15 million.

In 1939, the New York World’s Fair officially opened, with a ceremony that included an address by President Franklin D. Roosevelt.