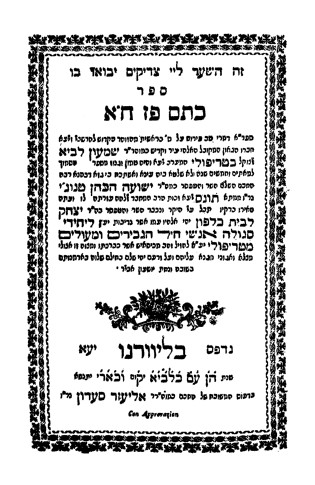 The Mishnah in Maseches Taanis (Perek 4, Mishnah 8) enumerates a number of significant events that occurred on this day:

In 4972/1212, the power of the Almohads, a fanatical anti-Jewish Muslim sect in Spain, was broken in battle.

In 5446/1686, Jews of Cochin, India, received a large shipment of sifrei Torah and other tashmishei kedushah from Amsterdam. The day was celebrated as an annual Yom Tov.

In 5618/1858, Baron Lionel de Rothschild became the first Jew in the British Parliament, after a new version of the oath of office was agreed upon containing no reference to Christianity.

Harav Shimon ibn Lavi was born in Spain in 5252/1492, a few years before geirush Sepharad. As a result of the expulsion he and his family fled, resettling in Fez, Morocco.

In Fez he learned Torah under the local talmidei chachamim, both niglah and nistar.

En route to Eretz Yisrael, Rav Shimon stopped over in Tripoli, Libya. Noting the low levels of Torah and mitzvos among the local population — many weren’t even fluent in the minimal tefillos — Rav Shimon remained to be mechazek them.

Rav Shimon was accepted without question and his every word was revered.

He wrote Kesem Paz on the Zohar and composed the piyut Bar Yochai, with the first letter of each stanza spelling out his name, Shimon Lavi.

In 1866, Cyrus W. Field finished laying out the first successful underwater telegraph cable between North America and Europe (a previous cable in 1858 burned out after only a few weeks’ use).

In 1921, Canadian researcher Frederick Banting and his assistant, Charles Best, succeeded in isolating the hormone insulin at the University of Toronto.