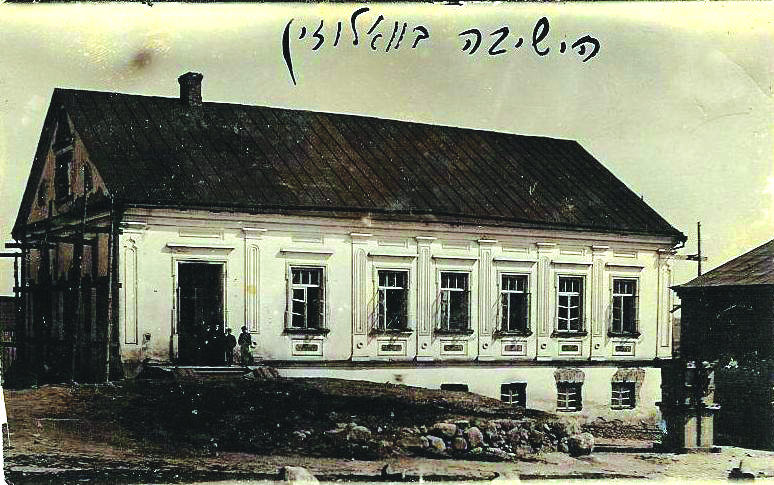 In 5270/1510, Germany’s emperor rescinded an order to burn all the sefarim found in Cologne and Frankfurt.

Harav Chaim of Volozhin (Belarus) was born in 5509/1749. His parents were Harav Yitzchak and Rebbetzin Miriam, the daughter of Harav Yisrael Rappaport.

The brilliance of young Chaim was apparent from childhood. In his youth he studied under the Shaagas Aryeh, who was then Rav of Volozhin. Later, when the Shaagas Aryeh left the city, he learned under Harav Refael Hamburger, who later became Rav of Hamburg and wrote V’shav Hakohen and other sefarim. By the age of 22 he had completed Shas with all its commentaries.

Rav Chaim eventually became a leading disciple of the Vilna Gaon, who greatly influenced his way of thinking and approach to Torah study.

In 5550/1790 he became Rav of Wilkomir, but refused to take a salary; instead, he opened a factory that produced wool, thereby serving as Rav “shelo al menas lekabel pras.” Many merchants were displeased with the new Rav, especially those who dealt in wool, and eventually this drove him out of the city. Rav Chaim returned to Volozhin where he served as a Dayan, also without pay.

Eventually, in 5563/1803, due to the growing influence of the maskilim, Rav Chaim founded Yeshivas Eitz Chaim in Volozhin. The yeshivah became the prototype of all yeshivos in Eastern Europe during the 19th and 20th centuries.

The day the cornerstone was laid for Yeshivas Volozhin, Rav Chaim fasted. He cried so profusely for the future of the yeshivah that, as his son Rav Yitzchak of Volozhin put it, “the hole for the even hapinah was ‘dug’ with Rav Chaim’s tears.”

Indeed, the yeshivah suffered much persecution due to its refusal to offer secular studies. The yeshivah was eventually closed down by the Russian authorities in 5652/1892, but by then dozens of yeshivos that followed Volozhin’s derech had sprouted.

The yeshivah’s ultimate accomplishment was the defiance of the various enlightenment movements that were threatening kedushas Klal Yisrael. With Reb Chaim at the helm, Yeshivas Volozhin restored a measure of pure, Torah-minded guidance and leadership to Klal Yisrael.

Reb Chaim’s works are Nefesh Hachaim on hashkafah and Ruach Chaim on Pirkei Avos. His most important responsa are found in Chut Hameshulash and in Kedushas Yom Tov.

In 1786, in New York City, commercially manufactured ice cream was advertised for the first time.

In 1872, the penny postcard was authorized by the U.S. Congress.

In 1920, the Republican National Convention opened in Chicago; its delegates would end up nominating Warren G. Harding for president.

In 2001, Marc Chagall’s painting “Study for ‘Over Vitebsk’” was stolen from the Jewish Museum in New York City. The 8”x10” painting was valued at about $1 million. A group called the International Committee for Art and Peace later announced that they would return the painting after the Israelis and Palestinians made peace.