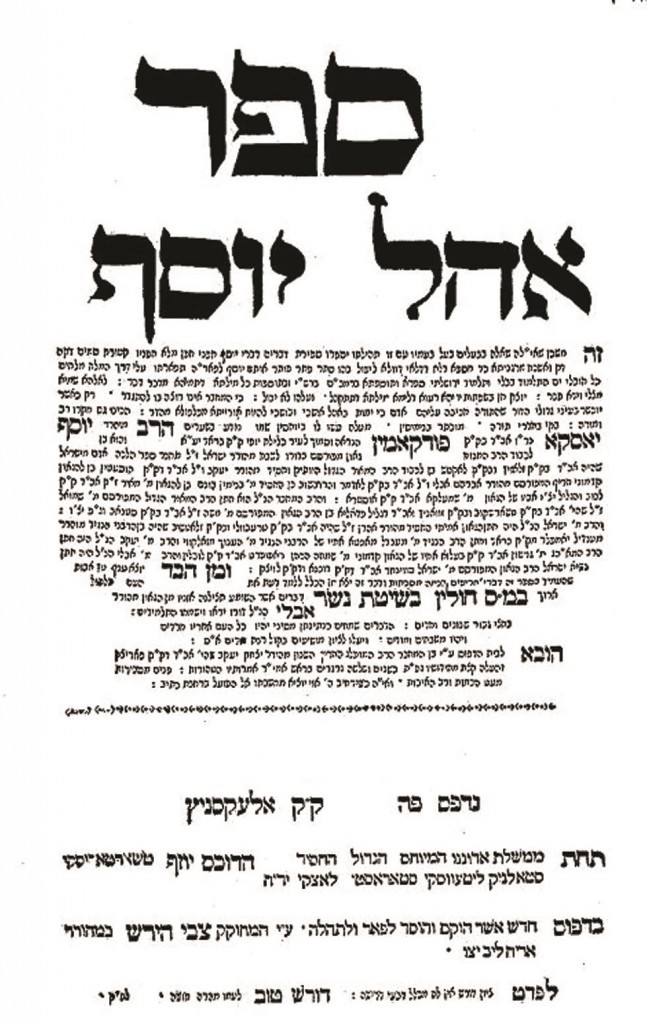 Harav Yosef Yoske was the son of Harav Yisrael Ashkenazi, author of Halachah Adam M’Yisrael, his chiddushim on mesechtos Brachos, Shabbos, Eruvin, Pesachim and Rosh Hashanah. Reb Yisrael served as Rav in Zlavin and in Lokatch.

He married the daughter of Rav Shmuel, Rav in Tchorchkov and Zhvallin.

Reb Yosef Yoske was Rav in Fudamkin, near Brod. He was a gaon in Torah, a chassid, and a kadosh. He was mechaber Ohel Yosef on mesechtos Brachos, Eruvin, Pesachim, Yoma, Sukkah and Beitzah. His son Rav Yitzchak Yaakov, Rav in Poritzen, published the sefer with an appendix of his own chiddushim.

In 1543, Mary Stuart was crowned Queen of Scots at Stirling Castle, nine months after she was born.

In 1919, some 1,100 members of Boston’s 1,500-man police force went on strike. (The strike was broken by Massachusetts Gov. Calvin Coolidge with replacement officers.)

In 1948, the Democratic People’s Republic of Korea (North Korea) was declared.

In 1971, prisoners seized control of the maximum-security Attica Correctional Facility near Buffalo, New York, beginning a siege that ended up claiming 43 lives.

In 1986, Frank Reed, director of a private school in Lebanon, was taken hostage; he was released 44 months later.

In 1997, Sinn Fein, the IRA’s political ally, formally renounced violence as it took its place in talks on Northern Ireland’s future.