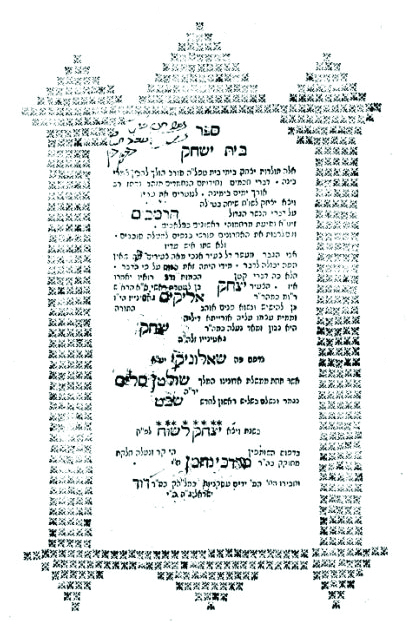 Harav Yitzchak Gotinyu was the son of Harav Elyakim, who was the mechaber of Toafos Re’em, a commentary on the Mizrachi, by Harav Eliyahu Mizrachi. He also wrote Agurah Be’ohalecha, his halachic responsa, and Yitzchak Yeranen, on the Rambam.

Rav Yitzchak was one of the foremost Rabbanim in Izmir, Turkey, and was held in greatest respect by the entire community.

One of his closest talmidim was Harav Chaim Palagi, who quotes his Rebbe often in his sefarim, and rules in accordance with his psak halachah.

In 1774, the First Continental Congress assembled in Philadelphia.

In 1882, the nation’s first Labor Day was celebrated with a parade in New York. (Although Labor Day now takes place on the first Monday of September, this first celebration occurred on a Tuesday.)

In 1914, the First Battle of the Marne, resulting in a French-British victory over Germany, began during World War I.

In 1977, the U.S. launched the Voyager 1 spacecraft two weeks after launching its twin, Voyager 2.