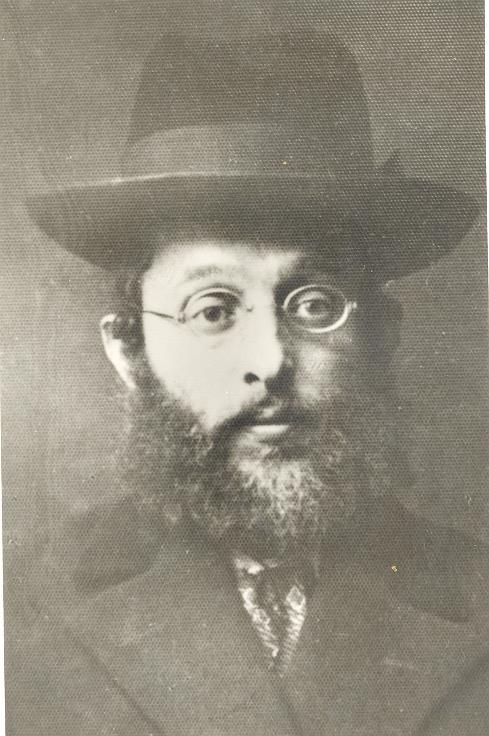 In 5380/1619, the Jews of Prague miraculously escaped destruction during the Thirty Years’ War. This day was accepted as a fast day, with a festive meal in the evening to commemorate the miracle.

In Adar 5672/1912 he married his cousin (on his mother’s side), a daughter of Rav Mordechai Yosef, son of Rav Dovid of Zlotipol of the Chernobyler dynasty.

After his father’s petirah in 5682/1922, Reb Avraham Elimelech was prevailed upon to succeed him as Rebbe. He settled in Karlin and most of his father’s Chassidim traveled to him, while the rest stayed with his brother, Harav Moshe, in Stolin.

In 5689/1929 Reb Avraham Elimelech founded a yeshivah in Luninetz where Harav Shach, zt”l, served as Rosh Yeshivah for a time.

Reb Avraham Elimelech had a profound attachment to Eretz Yisrael, which he visited four times. During his last visit in 1939, his Chassidim in Yerushalayim begged him to stay. He was well aware of the dangers facing Europe — in fact, the primary reason for his trip was to daven at the mekomos hakedoshim about the situation there — but nonetheless he insisted on returning to Europe to share the fate of his family and Chassidim.

When the opportunity arose to flee to Vilna, during the brief period in which it was free, the Rebbe refused and remained in Karlin with his community.

Tragically, his life and the lives of his Rebbetzin and two sons were brutally cut short. The Rebbe was killed, apparently by local Ukrainian peasants, al kiddush Hashem. The actual date is not known; today’s date was chosen as a yom zikaron.

A collection of his chiddushim was published in Kuntres Pri Elimelech (printed in Yalkut Divrei Aharon) and in Birkas Aharon.

In 1861, former U.S. President John Tyler was elected to the Confederate House of Representatives; however, Tyler died before he could take his seat.

In 1916, Republican Jeannette Rankin of Montana became the first woman elected to Congress.

In 1962, Republican Richard Nixon, having lost California’s gubernatorial race, held what he called his “last press conference,” telling reporters, “You won’t have Nixon to kick around anymore.”

In 1972, President Richard Nixon was re-elected in a landslide over Democrat George McGovern.