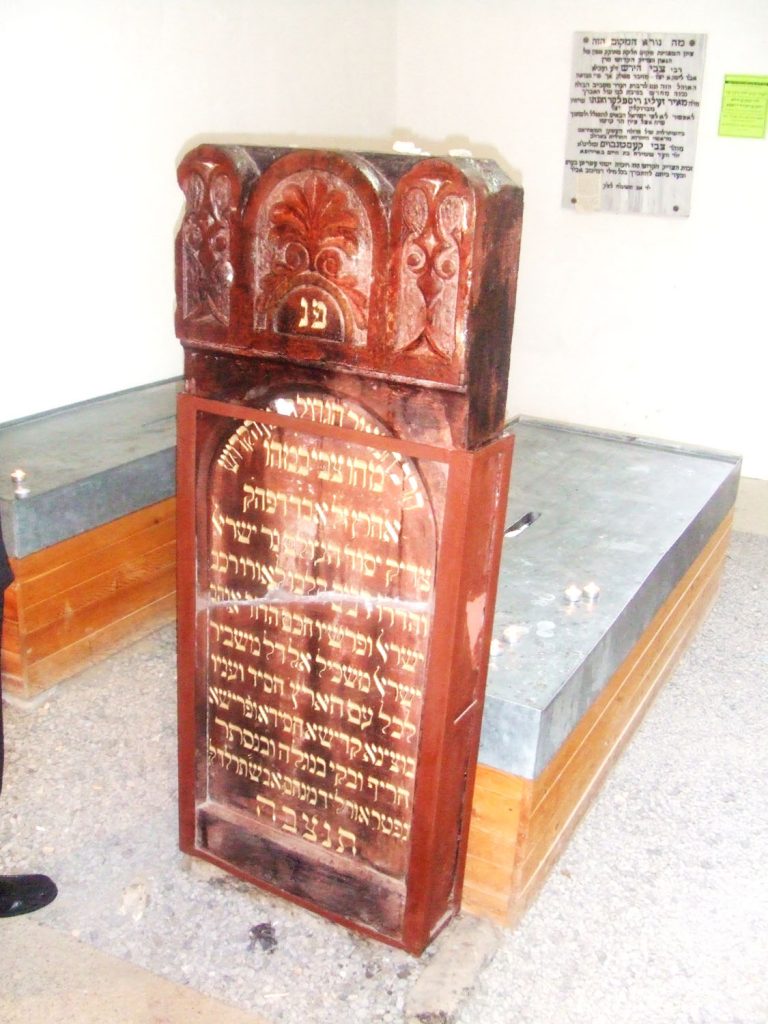 In 4396, Arabs wrested control of Eretz Yisrael from the Byzantines.

Harav Tzvi Hirsch was born in Iyar 5550/1790 in Ujhely, Hungary, to Harav Aharon, zt”l, a tzaddik nistar who was niftar when his son Tzvi Hirsch was a mere eight years old.

His mother, Rebbetzin Sarah, was an exceptional tzaddekes and was commonly known as “Sarah the Bekkerin,” as she would bake for the household of Harav Moshe Teitelbaum, the Yismach Moshe. Harav Tzvi Hirsch would often refer to the greatness of his parents, particularly his mother, whom he would consult regarding many issues.

From his youth, he was an ardent talmid of the Yismach Moshe, zy”a, who became his primary Rebbe.

After a period of time, at the behest of his mother, he traveled to Dembitz, where he learned under the auspices of Harav Avraham of Dembitz, zy”a, a venerated talmid chacham. Thereafter, he traveled to learn under Harav Tzvi Hirsch of Bonihad, zy”a.

After returning to Ujhely, he devoted himself to uncompromising avodas Hashem, even while suffering extreme poverty.

The Yismach Moshe asked him to join the shiur that he learned with his grandson, the Yetev Lev; Harav Tzvi Hirsch accepted.

Harav Tzvi Hirsch frequented the courts of many other great Rebbes, including Harav Yisrael of Ruzhin, Harav Meir of Premishlan, Harav Shalom of Belz, Harav Asher of Ropshitz, Harav Tzvi Hersh of Rimanov, Harav Eliezer of Dzikov and the Divrei Chaim of Sanz, zechusam yagein aleinu.

These tzaddikim, especially the Divrei Chaim and Harav Meir of Premishlan, encouraged Harav Tzvi Hirsch to become a Rebbe and leader of Klal Yisrael.

He established his court in Liska (Olaszliska), Hungary, and thousands of Yidden streamed to his beis medrash for guidance, blessing and spiritual uplifting.

Harav Tzvi Hirsch was known for his sincere love of his fellow Jews, his extreme humility and the joy and tremendous mesirus nefesh of his avodas Hashem. He dispensed huge amounts of tzedakah, and thousands of Chassidim streamed to him.

One of the most famous of his talmidim was Harav Yeshayale of Kerestir, zy”a, who would affix to his signature the words “meshamesh bakodesh eitzel Harav Hakadosh miLiska — who served the holy Rav of Liska,” referring to his years as Rav Tzvi Hirsch’s gabbai.

In 1775, the Continental Congress established a Post Office and appointed Benjamin Franklin its Postmaster-General.

In 1908, U.S. Attorney General Charles J. Bonaparte ordered creation of a force of special agents that was a forerunner of the Federal Bureau of Investigation.

In 2002, the Republican-led House voted 295-132 to create an enormous Homeland Security Department in the biggest government reorganization in decades.