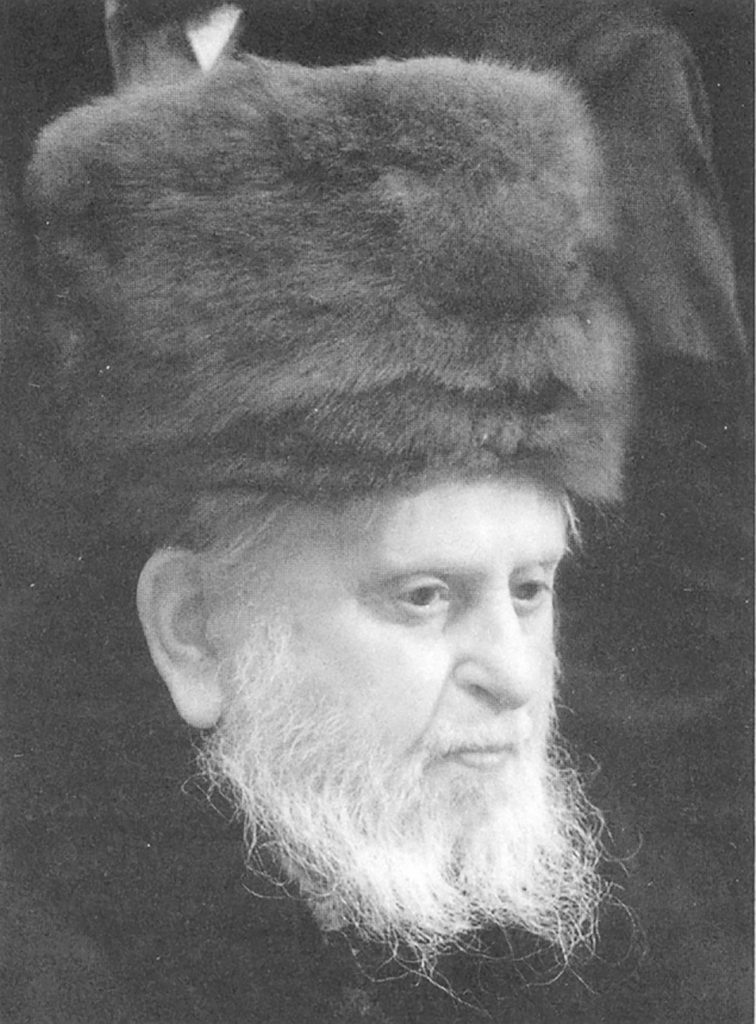 Harav Yitzchak of Bohush was born on 26 Iyar 5663/1903. His father was Reb Shalom Yosef of Shpikov, whose lineage went back to Reb Yisrael of Ruzhin. Reb Yitzchak’s mother was the daughter of Reb Mordechai of Shpikov.

Reb Yitzchak lost his parents when he was 20 years old. He was immediately elected to lead his father’s Chassidim. A few months later he stole across the border to Bohush, Romania, where his great-uncle, Reb Yisrael Shalom Yosef of Bohush, the Pe’er Yisrael, was Rebbe.

Reb Yitzchak remained with his in-laws until 5690/1930, when he moved to Bucharest and founded a court of his own. Upon his father-in-law’s petirah, in 5703/1942, he was called upon to fill his place.

During World War II his home was a shelter for many refugees.

In 5711/1951, the Bohusher Rebbe emigrated to Eretz Yisrael and settled in Tel Aviv.

The Rebbe treated every human being with respect. His home was open to the homeless, the coarse, and the mentally disturbed.

The Rebbe once told a Chassid that there were three things that could be said about him after he was gone: he never got angry, he never told an untruth, and he never made the slightest effort to acquire Chassidim.

It was the Rebbe’s great joy to see the rebuilding of the courts of Ruzhin and Bohush after the churban in Europe. In 5732/1972 he bought a large plot of land in Bnei Brak on which he planned to build a center for Torah and Chassidus in memory of the Rebbes of Bohush and Peshkan.

At the laying of the cornerstone, the Rebbe quoted the first Bohusher Rebbe, who said that he had brought the holiness of Eretz Yisrael to Bohush and that the prayers of anyone who davened in the kloiz in Bohush would be answered.

The Rebbe traveled to Switzerland for medical treatment on 13 Menachem Av 5752/1992. That evening he called his son-in-law to say that he had arrived safely, and he added a brachah that Hashem should show the family kindness and compassion just as He had conducted his journey with kindness and compassion. Then the Rebbe added that his mesirus nefesh should be a salvation for Klal Yisrael, a statement that became clear only the next morning.

The Rebbe arose at 5:00 a.m., washed his hands and asked his shamash how much time was left before davening. The shamash answered that there were another two hours. “No, there is only one hour left,” the Rebbe replied. Just before six, the Rebbe asked for a cup of water and said the blessing of Shehakol. Then, at six o’clock, the Rebbe’s soul departed.

His aron was returned to Eretz Yisrael that very day, and he was buried in the Ruzhiner section of the Nachalas Yitzchak cemetery in Tel Aviv.

In 1587, Virginia Dare became the first child of English parents to be born in present-day America, on what is now Roanoke Island in North Carolina. However, the Roanoke colony ended up mysteriously disappearing.

In 1914, President Woodrow Wilson issued his Proclamation of Neutrality, aimed at keeping the United States out of World War I.